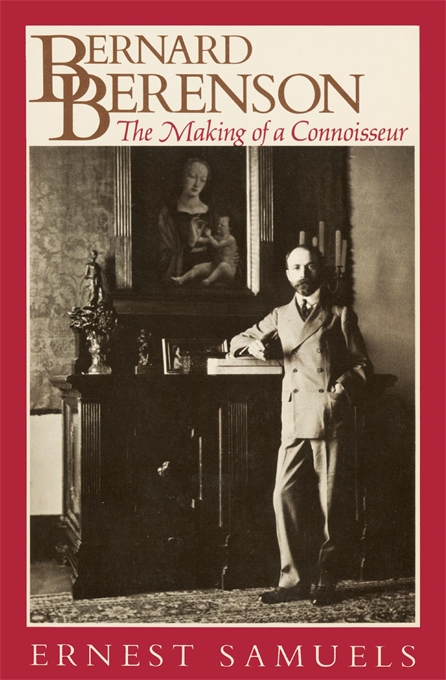 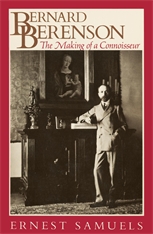 The Making of a Connoisseur

Critic, arbiter of taste, renowned authority on Renaissance painting, and oracle to millionaire art collectors, Bernard Berenson was the most formidable presence in the Anglo-American art world for more than thirty years. His Villa I Tatti near Florence was a magnet for European and American intellectuals; he was able to say, late in life, that most of the Italian paintings that had come to the United States had “my visa on their passport.” Twenty years after his death he remains a paradoxical figure—fit challenge for a Pulitzer Prize–winning biographer.

The story of the making of the connoisseur spans four decades, from Berenson’s childhood in Lithuania and in an immigrant enclave in Boston to the triumphant tour of the United States that confirmed his international reputation. Ernest Samuels interweaves with great skill the many threads of the narrative. No less fascinating than Berenson’s own development, and the accidents that shaped his career, are his relations with an extraordinary cast of characters whose lives impinged on his—among them George Santayana, William James, Bertrand Russell, Logan Pearsall Smith, Norman and Hutchins Hapgood, Oscar Wilde, Vernon Lee, the Michael Fields, Gertrude Stein, Edith Wharton, Roger Fry, and, most notably, the fabled Mrs. Jack Gardner. His relationship with Mary Smith Costelloe, who left her husband and children for him and eventually became his wife, was so close that the book is almost as much her story as his.

Drawing on the thousands of letters B.B. and Mary wrote and the diaries she kept, Samuels is able to convey Berenson’s thoughts and impressions as well as the outward events of these crucial years of his life. He blends sympathy and irony in his many-faceted portrayal of a complex man and a remarkable career. It is a compelling book.