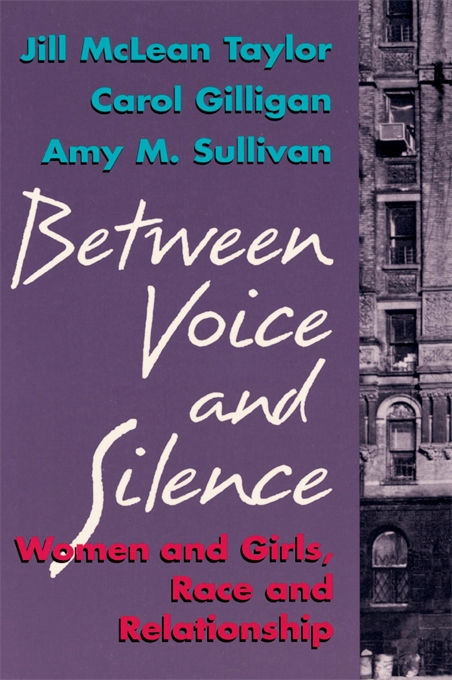 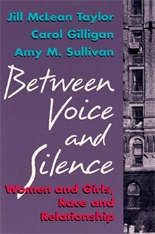 Between Voice and Silence

Women and Girls, Race and Relationship

More than any other psychologist, Carol Gilligan has helped us to hear girls’ voices just when they seem to be blurring and fading or becoming disruptive during the passage into womanhood. When adolescent girls—once assured and resilient—silence or censor themselves to maintain relationships, they often become depressed, and develop eating disorders or other psychological problems. But when adolescent girls remain outspoken it is often difficult for others to stay in relationship with them, leading girls to be excluded or labeled as troublemakers. If this is true in an affluent suburban setting, where much of the groundbreaking research took place, what of girls from poor and working-class families, what of fading womanhood amid issues of class and race? And how might these issues affect the researchers themselves? In Between Voice and Silence, Jill McLean Taylor, Gilligan, and Amy Sullivan grapple with these questions. The result is a deeper and richer appreciation of girls’ development and women’s psychological health.

In an urban public school, among girls from diverse cultural backgrounds—African American, Hispanic, Portuguese, and white—and poor and working-class families, the authors sought a key to the relationship between risk, resistance, and girls’ psychological development and health. Specifically, they found cultural differences that affect girls’ coming of age in this country. In Between Voice and Silence, the story of the study parallels another, that of African American, Hispanic, and white women who gathered to examine their own differences and to learn how to avoid perpetuating past divisions among women. Together, these two stories reveal an intergenerational struggle to develop relationships between and among women and to hold and respect difference.