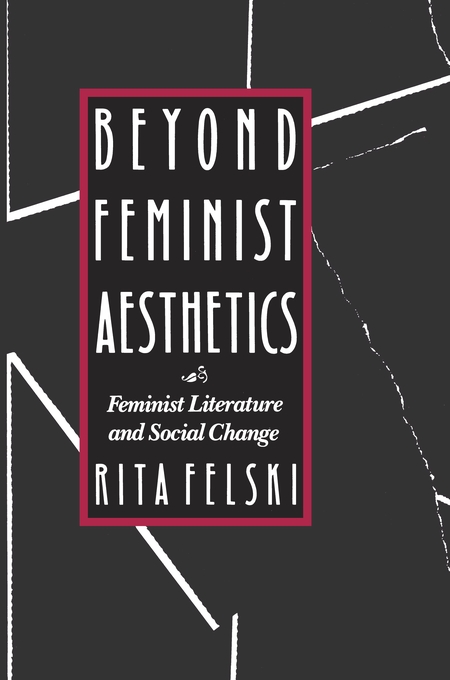 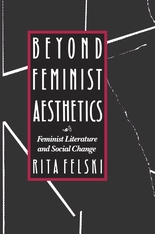 Beyond Feminist Aesthetics has a dual focus. First, Rita Felski gives a critical account of current American and European feminist literary theory, and second, she offers an analysis of contemporary fiction by women, drawing in particular on the genres of the autobiographical confession and the novel of self-discovery, in order to show that this literature raises questions for feminism that cannot be answered in terms of a purely gender based analysis.

Felski argues that the idea of a feminist aesthetic is a nonissue that feminists have needlessly pursued; she suggests, in contrast, that it is impossible to speak of “masculine” and “feminine,” “subversive” and “reactionary” literary forms in isolation from the social conditions of their production and reception. The political value of such works of literature from the standpoint of feminism can be determined only by an investigation of their social functions and effects in relation to the interests of women in a particular historical context. This leads her to argue for an interdisciplinary approach to the analysis of literature which can integrate literary and social theory, and to develop such an approach by drawing upon the model of a feminist counter-public sphere.

Rita Felski has produced a closely reasoned, stimulating book that creates a new framework for discussing the relationship between literature and feminist politics. It will interest students and teachers of women’s studies, comparative literature, cultural studies, and fiction.