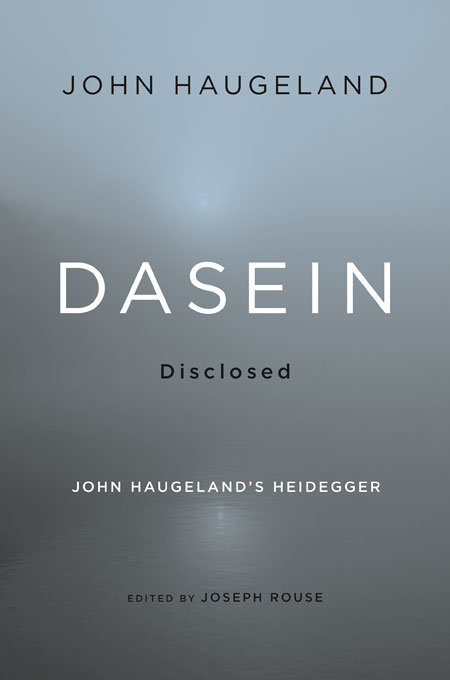 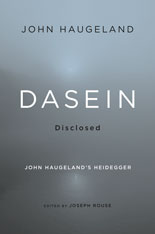 “John Haugeland was well known among philosophers as an ingenious interpreter of Martin Heidegger’s Being and Time. Central to his reading of that difficult text was his denial of what had seemed obvious to most other readers: that Heidegger’s word Dasein (which in ordinary German just means existence) refers to the individual human being… When he died in 2010 he had been working for years on what was to be the definitive statement of his alternative interpretation. The envisioned opus was to be called Dasein Disclosed, and the unfinished manuscript forms the central hundred pages or so of the present volume, which now bears that title. It has been edited with great intelligence and care by Joseph Rouse… Haugeland’s innovation is to insist that an individual human being’s existence is just part of a larger phenomenon, what he calls ‘a living way of life,’ and that this (not person or human being) is what Heidegger meant by Dasein… Haugeland’s reading of Being and Time is philosophically deep and original in its own right… For like Heidegger’s own—often violent—treatments of other thinkers, Dasein Disclosed is best read not as exegesis or commentary, but as a kind of creative dialogue. An interpretation, after all, sometimes sheds light on a text not by coinciding with it, but by straying from it and illuminating the space between them.”—Taylor Carman, The Times Literary Supplement

“John Haugeland was not able to complete the book detailing his master reading of the constructive portions of Heidegger’s Sein und Zeit, but the present book is as close as we can get. Dasein Disclosed is the deepest and most interesting work on Heidegger in a generation. It will be invaluable to all who care about the topic—not only Heidegger specialists, but also those working in the analytic tradition who care about the philosophical issues Haugeland’s Heidegger addresses.”—Robert B. Brandom, University of Pittsburgh

“The publication of Dasein Disclosed is a major scholarly event, gathering together as it does in a single volume John Haugeland’s immensely important and astonishingly innovative interpretation of Being and Time. Like Heidegger himself, Haugeland challenges our most cherished, seemingly obvious conceptions of being, time, meaning, thought, society, existence, and death—and of what Heidegger’s widely misunderstood magnum opus has to say about them. Haugeland was not just one of the deepest, most perceptive readers of Being and Time; he was a profoundly original thinker in his own right. Dasein Disclosed is a landmark achievement in Heidegger studies and a major contribution to contemporary philosophy.”—Taylor Carman, Barnard College

“Haugeland is a philosopher of considerable standing across a wide spectrum of philosophical issues ranging from the philosophy of mind and artificial intelligence to metaphysics to the history of philosophy. He is also, to my mind, one of the most important and provocative readers of Heidegger. Haugeland’s work on Heidegger is especially valuable owing to his stature within analytic circles—if anyone can get analytic philosophers to take Heidegger seriously, Haugeland is the one to do so.”—David R. Cerbone, West Virginia University

“John Haugeland was one of the most creative and acute philosophers of his generation. Joseph Rouse’s careful edition of Haugeland’s writings on Heidegger—including his incomplete, yet fascinating, commentary on Being and Time—provides a comprehensive view of one of the great philosophical encounters of recent times. Anyone interested in issues in metaphysics, philosophy of science, and philosophy of mind will benefit from Haugeland’s meticulous, clear, and original interpretations of Heidegger’s revolutionary ideas—interpretations in which Haugeland’s own genius is everywhere apparent.”—Steven Crowell, Rice University

“It was John Haugeland’s lifelong project to unveil Heidegger’s philosophy to Anglo-American sensibilities. In this volume his profound interpretation finally comes fully into view. Manifesting the brilliance, depth, and care for which Haugeland is renowned in the philosophy of mind and artificial intelligence, Dasein Disclosed deftly reveals the rigorous standards to which he has always held accounts of self, mind, and intentionality. An immense gift, not just for Heidegger scholars, but for all students of philosophy and mind.”—Brian Cantwell Smith, University of Toronto