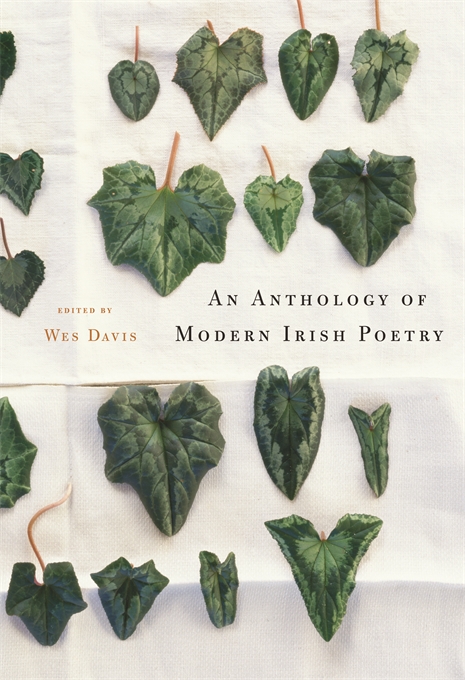 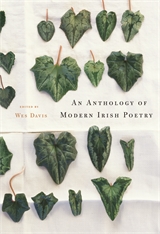 An Anthology of Modern Irish Poetry

Never before has there been a single-volume anthology of modern Irish poetry so significant and groundbreaking as An Anthology of Modern Irish Poetry. Collected here is a comprehensive representation of Irish poetic achievement in the twentieth and twenty-first centuries, from poets such as Austin Clarke and Samuel Beckett who were writing while Yeats and Joyce were still living; to those who came of age in the turbulent ’60s as sectarian violence escalated, including Seamus Heaney and Michael Longley; to a new generation of Irish writers, represented by such diverse, interesting voices as David Wheatley (born 1970) and Sinéad Morrissey (born 1972).

Scholar and editor Wes Davis has chosen work by more than fifty leading modern and contemporary Irish poets. Each poet is represented by a generous number of poems (there are nearly 800 poems in the anthology). The editor’s selection includes work by world-renowned poets, including a couple of Nobel Prize winners, as well as work by poets whose careers may be less well known to the general public; by poets writing in English; and by several working in the Irish language (Gaelic selections appear in translation). Accompanying the selections are a general introduction that provides a historical overview, informative short essays on each poet, and helpful notes—all prepared by the editor.