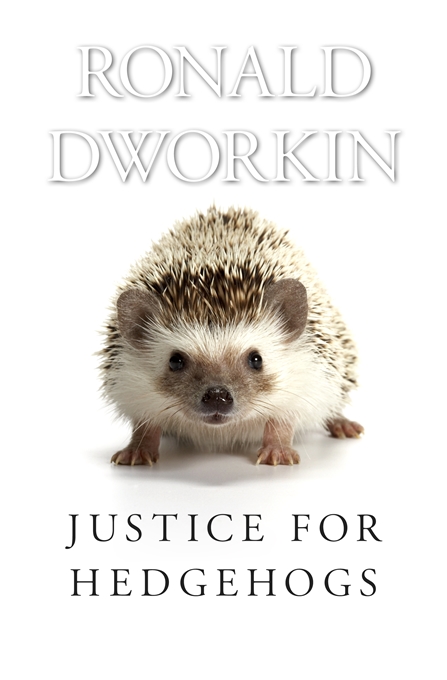 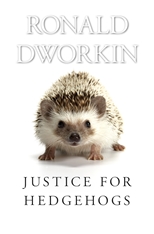 “His masterwork.”—Samuel Moyn, The Nation

“In a sustained, profound, and richly textured argument that will, from now on, be essential to all debate on the matter, Ronald Dworkin makes the case for…the unity of value… Dworkin writes as an applied philosopher; the topics he discusses are matters of practical importance. They affect whether and how people can give meaning to their lives. They make a difference in legislatures and courts of law whose decisions touch hundreds of millions of lives. That is what gives the overall argument its urgency, for Dworkin’s principal aim in establishing the unity of value is the familiar and central one for him: to show how law and government can be based on political morality… He completes, in [the] final chapter, a chain of reasoning that can be seen as uniting convictions of personal morality with principles of political justice, and then showing how these are all gathered together in a larger system of moral ideals that he believes lawyers and judges must deploy in discovering what the abstract principles of the American Constitution really mean and require. We are in at the birth, here, of a modern philosophical classic, one of the essential works of contemporary thought. It is bound to be a major debate-changer, because even the many who will find much to disagree with—Dworkin, after all, disagrees with them in advance, and robustly—will not be able to ignore the challenges he poses. And out of the heat to come, much light will shine.”—A.C. Grayling, The New York Review of Books

“The most profound legal book of the season is Justice for Hedgehogs… This book is [Dworkin’s] theory of everything and rests on the notion that ‘value’ is the one big philosophical thing… For the first time, all pieces of Dworkin’s jurisprudential thinking fall formidably into place.”—Richard Susskind, The Times

“[Dworkin’s arguments] display great intellectual rigour… A daring and demanding treatise… Defining morality as the standards governing how we ought to treat other people, and ethics as the standards governing how we ought to live ourselves, Dworkin argues that living morally and living ethically are inseparable. What we achieve is less important than the manner in which we live our lives, and that is judged in part by how we treat other people. To live well, Dworkin writes, is to live one’s life as if it were a work of art. In a work of art the value of what is created is inseparable from the act of creating it. A painting is not only a product; it embodies a particular performance. For Dworkin, it isn’t the product value of a human life that is most important but its performance value. A life should be an achievement ‘in itself, with its own value in the art in living it displays.’ …Justice for Hedgehogs attempts to give human beings their due, not in any spirit of self-congratulation but so that we may build a better life for all.”—Richard King, The Australian

“Justice for Hedgehogs represents a powerful account of what our moral world would have to be for our moral life to be harmonious.”—William A. Galston, Commonweal

“The 79-year-old professor of philosophy’s grand, perhaps culminating, statement of what truth is, what life means, what morality requires and justice demands… [Dworkin] builds up a comprehensive system of value—embracing democracy, justice, political obligation, morality, liberty, equality—from his notions of dignity and self-respect.”—Stuart Jeffries, The Guardian

“The first thing to strike you about this remarkable book is its ambition… In Justice for Hedgehogs all of Dworkin’s great talent is on display, the themes overwhelming in their sheer bigness. The basic point is that like the hedgehog in a famous essay by Isaiah Berlin, there is one big thing Dworkin knows above all else—it is what makes sense of how we act as persons, how we relate to others and how we construct our society… The nineteen substantive chapters stand as a great statement of a life well lived (and with, it is hoped, many years still to go).”—Conor Gearty, New Humanist

“Justice for Hedgehogs is Dworkin’s most ambitious book to date… It is full of sustained argument and arresting observations drawn from a lifetime of thought and a great armory of knowledge.”—Jonathan Sumption, The Spectator