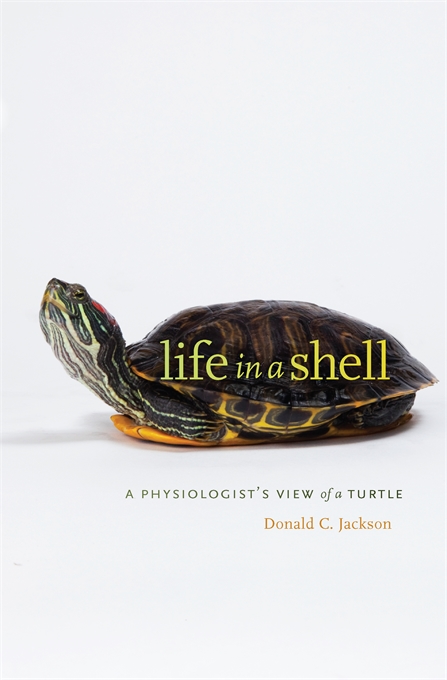 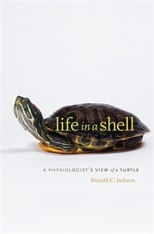 Life in a Shell

A Physiologist’s View of a Turtle

“Ever wonder what it’s like to be a turtle? No one has come closer to finding out than Donald C. Jackson in Life in a Shell: A Physiologist’s View of a Turtle, as he delves into the biology and behavior that has allowed the turtle to survive on Earth essentially unchanged for the last 220 million years.”—Adam Kirsch, Barnes & Noble Review

“Over 200 million years of existence, turtles have shared the planet with dinosaurs, witnessed the diversification of mammals and seen the spread of humans. Physiologist Donald Jackson conveys his love of the reptile in his book. He explains how its slow movements help it to survive winters under ice and describes how its shell functions as a home, armour and a buoyancy aid. By focusing on the physiology of this one familiar beast, he also reveals how scientific understanding evolves by building on the work of others.”—Nature

“Turtle physiologist Jackson has produced a fascinating, informative book on aspects of turtle structure, behavior, and physiology. Even readers with only a minor interest in turtles will find themselves engrossed and locked into the narrative… Most of the text is easy to read and highly entertaining. Anyone interested in turtles will find this a worthwhile addition to his/her reading list.”—E. D. Keiser, Choice