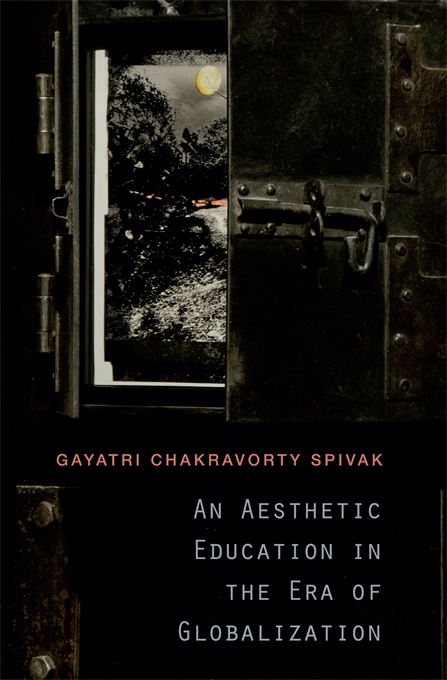 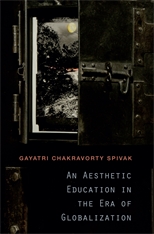 An Aesthetic Education in the Era of Globalization

“Gayatri Chakravorty Spivak’s latest collection of essays offers a timely reminder of what the real and powerful ends of education might be… [The essays] cover the breadth of an extraordinary intellectual career… The essays, for all their diversity, have the quality of a cumulative, long retrospection, a slow-burning consideration of what it means to teach, how faultily we do it and how we might do better by those who most want to learn and have least opportunity… It is, though, Spivak’s assertion, after Schiller, that an aesthetic education remains the strongest resource available for the cause of global justice and democracy. The homogenizing and pacifying effects of globalization, which Spivak so routinely lambasts, here, she argues, can never extend ‘to the sensory equipment of the experiencing being.’ And here she has never sounded more persuasive, identifying in arts education the evocation of a phenomenology at feeling and the engendering of critical thinking that are posited beyond the logic of capital.”—Shahidha Bari, Times Higher Education

“Spivak is one of the most creative and influential scholars of the humanities of the past four decades; this volume shows the range and variety of her interests in topics ranging from Jacques Derrida, postcolonial studies, women in the Global South, migration in a global (arguably ‘planetary’) era, translation, and aesthetic education… She brings a profound knowledge of literary and cultural theory to her studies of ‘culture on the run, the vanishing present.’ Some of the essays here are classics, others will become so.”—K. Tölölyan, Choice

“[A] rewarding series of meditations on the possibility of reading, learning, and teaching that would encourage the full flowering of cultural, sexual, and linguistic diversity and resist the homogenizing force of globalization… The gathered texts are a testament to a fundamental faith in the power of literature that is never less than inspiring.”—Publishers Weekly

“This captivating collection of lectures delivered over the course of a quarter century asks us to attend to the profoundly democratic possibilities of the imagination. Aesthetic education empowers us to apprehend and negotiate what Spivak calls the ‘double bind at the heart of democracy.’ At a time when the humanities are expected to genuflect before the sciences and privatization and professionalization displace knowledge, Spivak urges us not only to stand tall but to insist that ethical solidarities are only possible through the rigorous training of the imagination.”—Angela Y. Davis, University of California, Santa Cruz

“Spivak remains an indispensable leader and guide in the exhilarating conceptual adventure—the trip—which, since the late sixties, we’ve called theory. Aesthetic Education presents us with lessons that she has learnt on the way—difficult, defiant, sober lessons for these unpromising times. They demand our attention.”—Simon During, University of Queensland