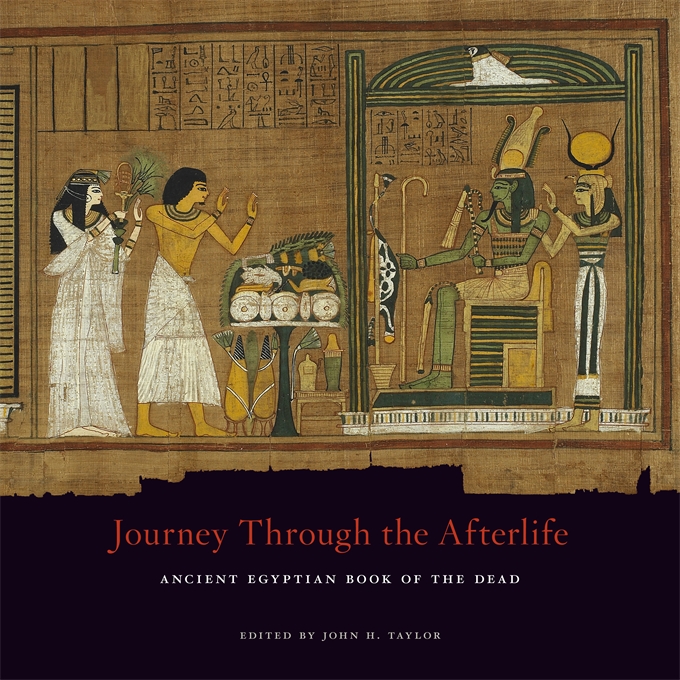 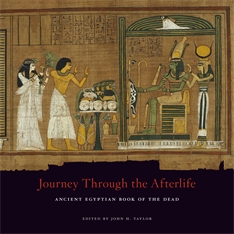 Journey Through the Afterlife

Ancient Egyptian Book of the Dead

The Book of the Dead is not a single text but a compilation of spells that the ancient Egyptians believed would assist them in the afterlife as they made their perilous journey toward the realm of the gods and the ultimate state of eternity. No two copies are identical. The spells are often accompanied by colored vignettes, which graphically show the imagined landscape of the Netherworld, the gods and demons whom the deceased will meet, and the critical “weighing of the heart”—the judgment that will determine whether the traveler will be admitted into the afterlife or condemned to destruction by the monstrous “Devourer.”

With contributions from leading scholars and detailed catalog entries that interpret the spells and painted scenes, this fascinating and important book affords a greater understanding of ancient Egyptian belief systems and poignantly reveals the hopes and fears of mortal man about the “world” beyond death. The whole is beautifully illustrated with specially commissioned photographs of these exceptional papyri and an array of contextual funerary objects—painted coffins, gilded masks, amulets, jewelry, tomb figurines, and mummy trappings.