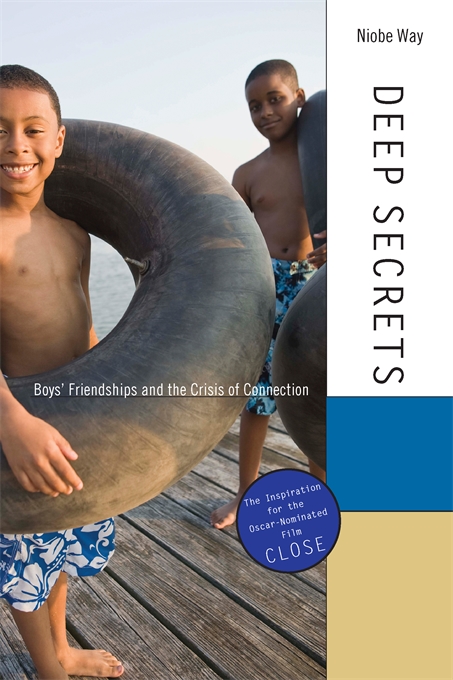 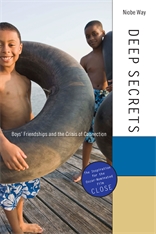 Boys’ Friendships and the Crisis of Connection

“Boys are emotionally illiterate and don’t want intimate friendships.” In this empirically grounded challenge to our stereotypes about boys and men, Niobe Way reveals the intense intimacy among teenage boys especially during early and middle adolescence. Boys not only share their deepest secrets and feelings with their closest male friends, they claim that without them they would go “wacko.” Yet as boys become men, they become distrustful, lose these friendships, and feel isolated and alone.

Drawing from hundreds of interviews conducted throughout adolescence with black, Latino, white, and Asian American boys, Deep Secrets reveals the ways in which we have been telling ourselves a false story about boys, friendships, and human nature. Boys’ descriptions of their male friendships sound more like “something out of Love Story than Lord of the Flies.” Yet in late adolescence, boys feel they have to “man up” by becoming stoic and independent. Vulnerable emotions and intimate friendships are for girls and gay men. “No homo” becomes their mantra.

These findings are alarming, given what we know about links between friendships and health, and even longevity. Rather than a “boy crisis,” Way argues that boys are experiencing a “crisis of connection” because they live in a culture where human needs and capacities are given a sex (female) and a sexuality (gay), and thus discouraged for those who are neither. Way argues that the solution lies with exposing the inaccuracies of our gender stereotypes and fostering these critical relationships and fundamental human skills.