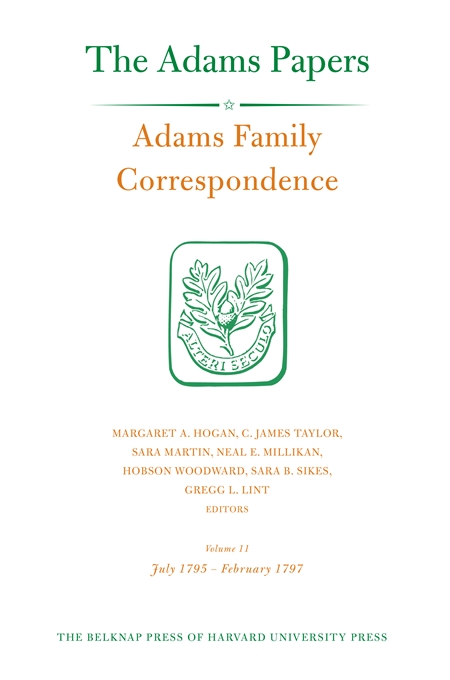 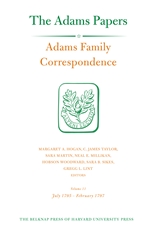 The letters in this volume of Adams Family Correspondence span the period from July 1795 to the eve of John Adams’s inauguration, with the growing partisan divide leading up to the election playing a central role. The fiery debate over funding the Jay Treaty sets the political stage, and the caustic exchanges between Federalists and Democratic-Republicans only grow as rumors surface of George Washington’s impending retirement. From Philadelphia, John’s equanimity in reporting to Abigail and his children on the speculation about the presidential successor gives way to expectation and surprise at the voracity of electioneering among political allies and opponents alike. Although remaining in Quincy throughout this period, Abigail offers keen, even acerbic, commentary on these national events.

From Europe, John Quincy and Thomas Boylston shed light on the rise of the French Directory, the shifts in the continental war, and the struggles within the Batavian government. Their letters also testify to the broader scale of the U.S. presidential election by chronicling French and British attempts to influence American politics. On a more personal note, John Quincy’s engagement to Louisa Catherine Johnson in London opens the next great collection of correspondence documenting the Adams family saga.