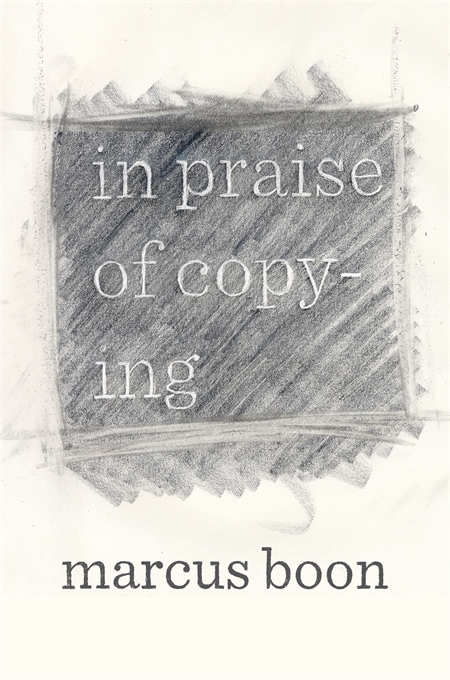 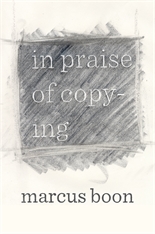 In Praise of Copying

This book is devoted to a deceptively simple but original argument: that copying is an essential part of being human, that the ability to copy is worthy of celebration, and that, without recognizing how integral copying is to being human, we cannot understand ourselves or the world we live in.

In spite of the laws, stigmas, and anxieties attached to it, the word “copying” permeates contemporary culture, shaping discourse on issues from hip hop to digitization to gender reassignment, and is particularly crucial in legal debates concerning intellectual property and copyright. Yet as a philosophical concept, copying remains poorly understood. Working comparatively across cultures and times, Marcus Boon undertakes an examination of what this word means—historically, culturally, philosophically—and why it fills us with fear and fascination. He argues that the dominant legal-political structures that define copying today obscure much broader processes of imitation that have constituted human communities for ages and continue to shape various subcultures today. Drawing on contemporary art, music and film, the history of aesthetics, critical theory, and Buddhist philosophy and practice, In Praise of Copying seeks to show how and why copying works, what the sources of its power are, and the political stakes of renegotiating the way we value copying in the age of globalization.