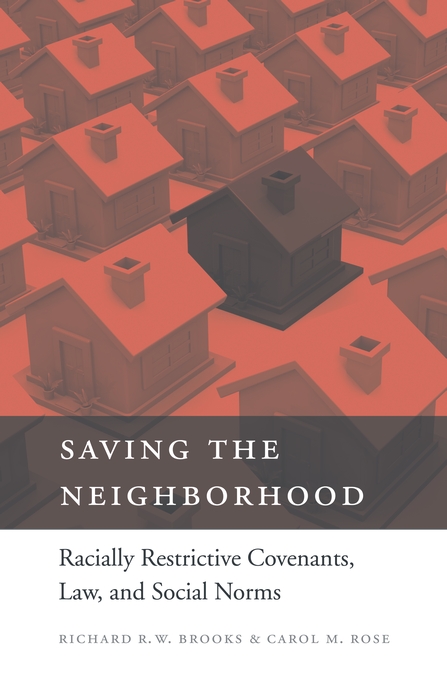 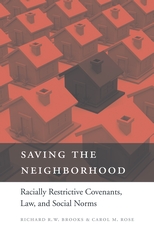 Saving the Neighborhood tells the charged, still controversial story of the rise and fall of racially restrictive covenants in America, and offers rare insight into the ways legal and social norms reinforce one another, acting with pernicious efficacy to codify and perpetuate intolerance.

The early 1900s saw an unprecedented migration of African Americans leaving the rural South in search of better work and equal citizenship. In reaction, many white communities instituted property agreements—covenants—designed to limit ownership and residency according to race. Restrictive covenants quickly became a powerful legal guarantor of segregation, their authority facing serious challenge only in 1948, when the Supreme Court declared them legally unenforceable in Shelley v. Kraemer. Although the ruling was a shock to courts that had upheld covenants for decades, it failed to end their influence. In this incisive study, Richard Brooks and Carol Rose unpack why.

At root, covenants were social signals. Their greatest use lay in reassuring the white residents that they shared the same goal, while sending a warning to would-be minority entrants: keep out. The authors uncover how loosely knit urban and suburban communities, fearing ethnic mixing or even “tipping,” were fair game to a new class of entrepreneurs who catered to their fears while exacerbating the message encoded in covenants: that black residents threatened white property values. Legal racial covenants expressed and bestowed an aura of legitimacy upon the wish of many white neighborhoods to exclude minorities. Sadly for American race relations, their legacy still lingers.