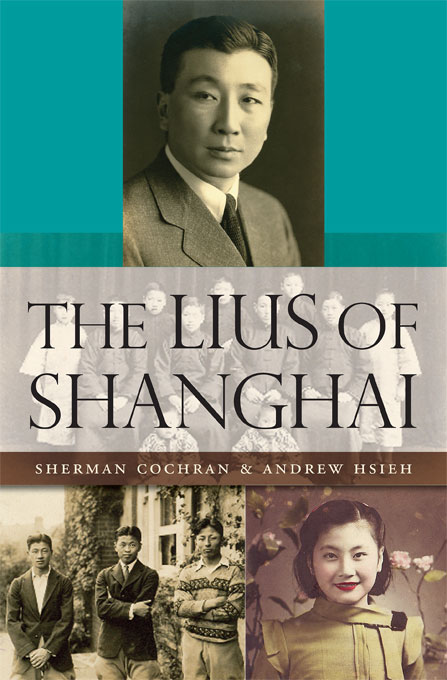 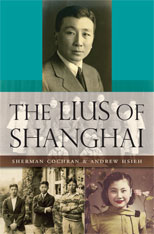 The Lius of Shanghai

“Liu Hongsheng (1888–1956) was a prosperous Shanghai industrialist whose household exemplified the traditional Confucian family’s transition into modernity. Cochran discovered a trove of letters that span the 1920s to the 1950s, as family members pursued education, marriage, and business prospects all over China and in Japan and the West. He and his co-author provide historical context and sensitive cultural and psychological interpretations but allow most of the story to come out in the family’s sometimes stilted but honest and moving words… [A] fascinating saga.”—Andrew J. Nathan, Foreign Affairs

“The Lius of Shanghai is not a conventional family history. It is the history of one family’s communication across continents, wartime divides and ideological boundaries. Liu Hongsheng, the patriarch of the family, kept copies of all correspondence between him, his wife and their 12 children (nine sons and three daughters). This treasure trove of some 2,000 letters, written between the 1920s and the late 1950s, forms the core of the book. The result is an engaging and thoughtful account of one prominent and fabulously rich family through the turmoil of Nationalist China under Chiang Kai-shek, the Sino–Japanese War, the Civil War and the Communist Revolution. It is also a startlingly ordinary history of private family exchanges, albeit during extraordinary times… Cochran and Hsieh have successfully complicated our picture of the fabled Chinese patriarchal system and have enabled a rare glimpse into the private life of one family.”—Jennifer Altehenger, Times Higher Education

“[An] excellent book… The letters provide a wealth of detail about the family, their wealth, the personal relations between them and the lives of those who studied and lived abroad. It is this wealth of detail that gives the book its richness and authenticity.”—Mark O’Neill, The South China Morning Post

“Sherman Cochran and Andrew Hsieh’s The Lius of Shanghai makes extensive and effective use of a large cache of letters that were exchanged between members of a prominent Chinese business family. It is…tightly focused in one sense yet expansive in another, in this case due to how robustly cosmopolitan Shanghai was in the early 1900s, when many of the letters were written, and the fact that the family’s members left the city to spend time in other parts of China and also in the West.”—Jeffrey Wasserstrom, Los Angeles Review of Books blog

“The correspondence among the patriarch, Liu Hongsheng, his wife, Ye Suzhen, and their nine sons and three daughters offers a rich tapestry of events tense and fraught in family politics and division… Their lives continue to fascinate through the narratives of this book.”—A. Cho, Choice

“Are happy families, as Tolstoy posits, all alike? What if the family in question is a wealthy one from Shanghai, trying to manage 12 sons and daughters through war and troubles from the 1920s to Mao’s revolution of the 1950s? To find out, read this dramatic family history. Cochran and Hsieh, both respected historians of modern China, found in the Shanghai archives 2,000 thoughtful, detailed, and intimate letters that Liu family members wrote to one another. The authors provide comments and context as Father (Mr. Liu) first finds love in an arranged marriage, then builds a business dynasty, dispatches sons to America and Britain for education, finds spouses for them, keeps his mistresses from his wife. When the Japanese invasion divides the family, [Father] navigates the politics as one patriotic son collaborates with the Japanese, one joins the Communists, and others become successful capitalists. Throughout, the various family members respect but negotiate with the patriarch… [An] engrossing volume.”—Charles Hayford, Library Journal (starred review)

“Chinese history scholars and folks fond of in-depth genealogical studies will find this to be of great interest.”—Publishers Weekly

“A perceptive and engaging history of a complex and fascinating Chinese family. Cochran and Hsieh provide an intimate portrait of a family and a city in the midst of nation-building, war, and revolution—a portrayal based on a unique collection of correspondence and unlikely to be rivaled soon, if at all.”—Joseph W. Esherick, author of Ancestral Leaves: A Family Journey through Chinese History

“Written in a page-turning style, The Lius of Shanghai offers an illuminating view of lives lived in the midst of the turbulence of China’s twentieth century. A fascinating and insightful account.”—Bryna Goodman, author of Native Place, City, and Nation: Regional Networks and Identities in Shanghai, 1853–1937