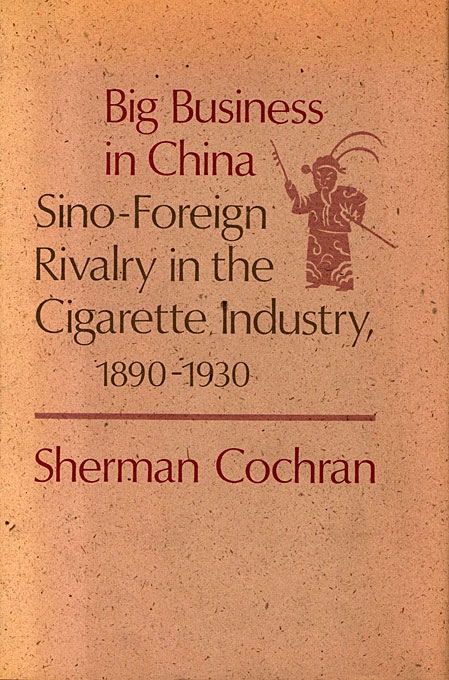 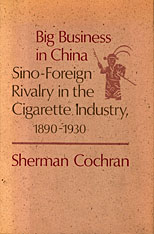 Sino–Foreign Rivalry in the Cigarette Industry, 1890–1930

This is the first major study in Chinese business history based largely on business’s own records. It focuses on the battle for the cigarette market in early twentieth-century China between the British-American Tobacco Company, based in New York and London, and its leading Chinese rival, Nanyang Brothers Tobacco Company, whose headquarters were in Hong Kong and Shanghai.

From its founding in 1902, the British-American Tobacco Company maintained a lucrative monopoly of the market until 1915, when Nanyang entered China and extended tis operations into the country’s major markets despite the use of aggressive tactics against it. Both companies grew rapidly during the 1920s, and competition between them reached its peak, but by 1930 Nanyang weakened, bringing an end to serious commercial rivalry. Though less competitive, both companies continued to trade in China until their Sino–foreign rivalry ended altogether with the founding of the People’s Republic in 1949.

Debate over international commercial rivalries has often been conducted broadly in terms of imperialist exploitation and economic nationalism. This study shows the usefulness and limitations of these terms for historical purposes and contributes to the separate but related debate over the significance of entrepreneurial innovation in Chinese economic history. By analyzing the foreign Chinese companies’ business practices and by describing their involvement in diplomatic incidents, boycotts, strikes, student protests, relations with peasant tobacco growers, dealings with the Kuomintang and Chinese Communist Party, and a host of other activities, the author brings to light the roles that big businesses played not only in China’s economy but also in its politics, society, and foreign affairs.