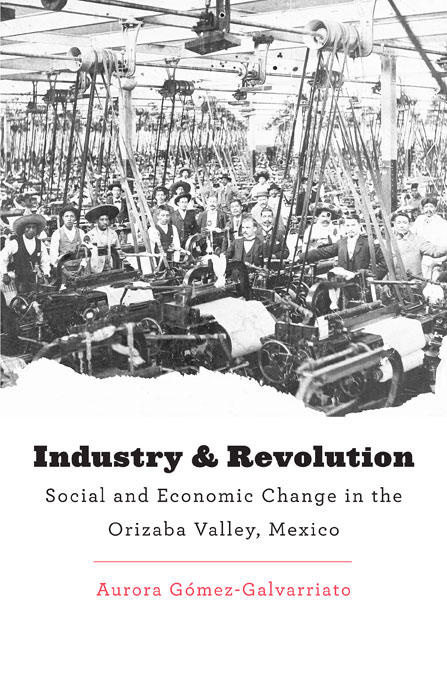 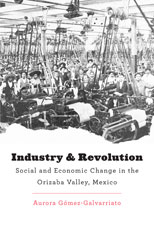 Social and Economic Change in the Orizaba Valley, Mexico

The Mexican Revolution has long been considered a revolution of peasants. But Aurora Gómez-Galvarriato’s investigation of the mill towns of the Orizaba Valley reveals that industrial workers played a neglected but essential role in shaping the Revolution. By tracing the introduction of mechanized industry into the valley, she connects the social and economic upheaval unleashed by new communication, transportation, and production technologies to the political unrest of the revolutionary decade. Industry and Revolution makes a convincing argument that the Mexican Revolution cannot be understood apart from the changes wrought by the Industrial Revolution, and thus provides a fresh perspective on both transformations.

By organizing collectively on a wide scale, the spinners and weavers of the Orizaba Valley, along with other factory workers throughout Mexico, substantially improved their living and working conditions and fought to secure social and civil rights and reforms. Their campaigns fed the imaginations of the masses. The Constitution of 1917, which embodied the core ideals of the Mexican Revolution, bore the stamp of the industrial workers’ influence. Their organizations grew powerful enough to recast the relationship between labor and capital, not only in the towns of the valley, but throughout the entire nation.

The story of the Orizaba Valley offers insight into the interconnections between the social, political, and economic history of modern Mexico. The forces unleashed by the Mexican and the Industrial revolutions remade the face of the nation and, as Gómez-Galvarriato shows, their consequences proved to be enduring.