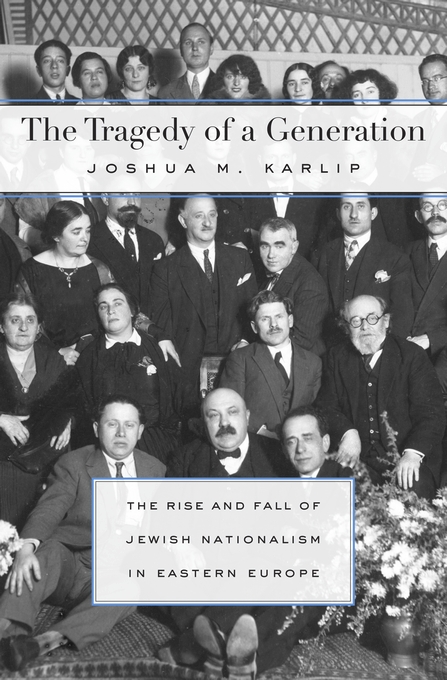 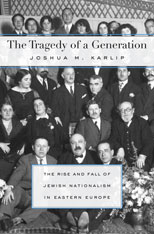 The Tragedy of a Generation

The Rise and Fall of Jewish Nationalism in Eastern Europe

The Tragedy of a Generation is the story of the rise and fall of an ideal: an autonomous Jewish nation in Europe. It traces the origins of two influential but overlooked strains of Jewish thought—Yiddishism and Diaspora Nationalism—and documents the waning hopes and painful reassessments of their leading representatives against the rising tide of Nazism and, later, the Holocaust.

Joshua M. Karlip presents three figures—Elias Tcherikower, Yisroel Efroikin, and Zelig Kalmanovitch—seen through the lens of Imperial Russia on the brink of revolution. Leaders in the struggle for recognition of the Jewish people as a national entity, these men would prove instrumental in formulating the politics of Diaspora Nationalism, a middle path that rejected both the Zionist emphasis on Palestine and the Marxist faith in class struggle. Closely allied with this ideology was Yiddishism, a movement whose adherents envisioned the Yiddish language and culture, not religious tradition, as the unifying force of Jewish identity.

We follow Tcherikower, Efroikin, and Kalmanovitch as they navigate the tumultuous early decades of the twentieth century in pursuit of a Jewish national renaissance in Eastern Europe. Correcting the misconception of Yiddishism as a radically secular movement, Karlip uncovers surprising confluences between Judaism and the avowedly nonreligious forms of Jewish nationalism. An essential contribution to Jewish historiography, The Tragedy of a Generation is a probing and poignant chronicle of lives shaped by ideological conviction and tested to the limits by historical crisis.