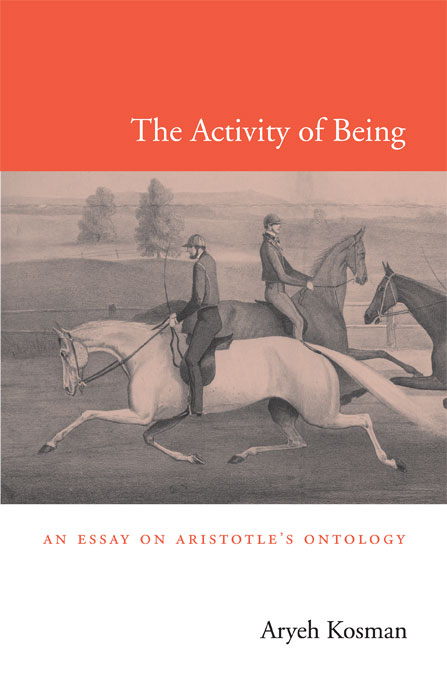 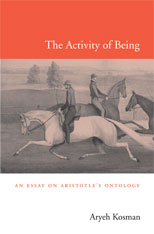 The Activity of Being

An Essay on Aristotle’s Ontology

“Kosman provides readers with a careful commentary on Aristotle’s Metaphysics, focused on the concept of substance as energeia. In contrast to the textbook version of Aristotle’s ontology, which reads substance as either the subject of attributes or the reality beneath appearances, Kosman gives a detailed reading of substance as activity, and of being more generally as substantial activity… This is a tightly argued and intriguing commentary on the primary text that would be a valuable guide for anyone reading Aristotle’s Metaphysics.”—J.D. Sands, Choice

“The Activity of Being is a work of great philosophical depth and scholarly significance. It is at once focused—on the concept of energeia, or activity—and wide-ranging, taking in Aristotle’s ontology, natural science, zoology, psychology, and theology. It will be studied with profit not only by scholars in the field but also by students and non-specialist philosophers. It is, in short, one of the best available introductions to and overviews of Aristotle’s metaphysical thought.”—David Bronstein, Georgetown University

“Aryeh Kosman’s The Activity of Being rewards careful reflection regardless of one’s philosophical specialization; it has significantly changed the way I view this difficult subject matter. This book is an original, far-reaching, and—this is quite rare—a largely correct reading of Aristotle’s work, and it will help solidify the importance of activity to Aristotle’s Metaphysics.”—Christopher Frey, University of Chicago

“In this illuminating commentary on Aristotle’s Metaphysics, Aryeh Kosman argues that, far from freezing or reifying an ontology of Being or Beings, Aristotle thinks that ‘to be’ essentially consists of being engaged in substantial activity. Meticulously argued, Kosman’s interpretation of Aristotle supplants those that characterize substances as either subjects of attributes or as the reality behind/underneath appearances. His Aristotle helps us understand how determinate beings—human beings, for instance—can nevertheless also be essentially engaged in further self-determining activity.”—Amelie Rorty, Harvard Medical School