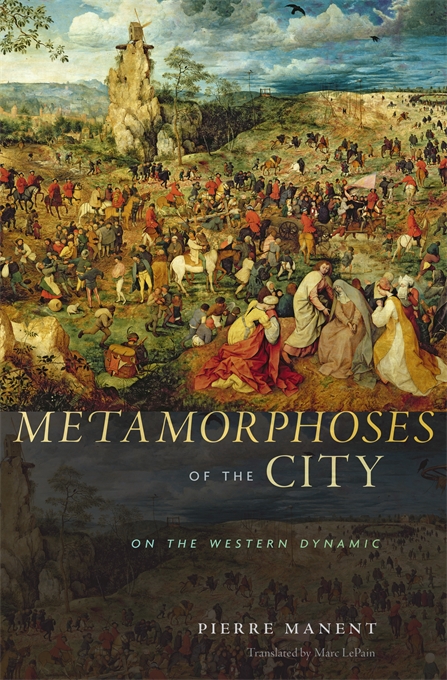 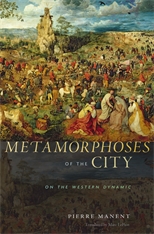 Metamorphoses of the City

On the Western Dynamic

What is the best way to govern ourselves? The history of the West has been shaped by the struggle to answer this question, according to Pierre Manent. A major achievement by one of Europe’s most influential political philosophers, Metamorphoses of the City is a sweeping interpretation of Europe’s ambition since ancient times to generate ever better forms of collective self-government, and a reflection on what it means to be modern.

Manent’s genealogy of the nation-state begins with the Greek city-state, the polis. With its creation, humans ceased to organize themselves solely by family and kinship systems and instead began to live politically. Eventually, as the polis exhausted its possibilities in warfare and civil strife, cities evolved into empires, epitomized by Rome, and empires in turn gave way to the universal Catholic Church and finally the nation-state. Through readings of Aristotle, Augustine, Montaigne, and others, Manent charts an intellectual history of these political forms, allowing us to see that the dynamic of competition among them is a central force in the evolution of Western civilization.

Scarred by the legacy of world wars, submerged in an increasingly technical transnational bureaucracy, indecisive in the face of proliferating crises of representative democracy, the European nation-state, Manent says, is nearing the end of its line. What new metamorphosis of the city will supplant it remains to be seen.