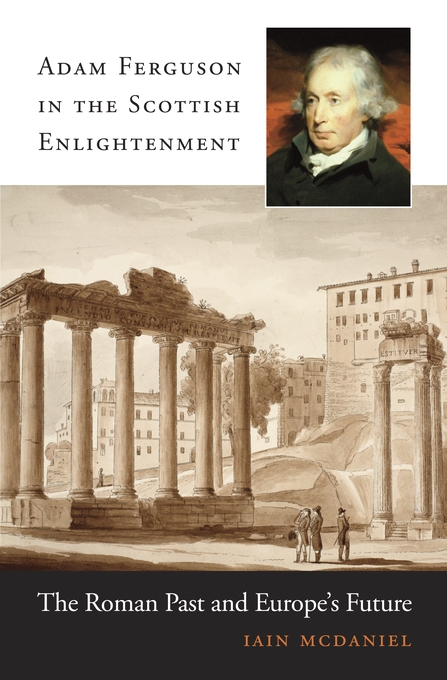 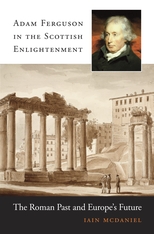 Adam Ferguson in the Scottish Enlightenment

The Roman Past and Europe’s Future

Although overshadowed by his contemporaries Adam Smith and David Hume, the Scottish philosopher Adam Ferguson strongly influenced eighteenth-century currents of political thought. A major reassessment of this neglected figure, Adam Ferguson in the Scottish Enlightenment: The Roman Past and Europe’s Future sheds new light on Ferguson as a serious critic, rather than an advocate, of the Enlightenment belief in liberal progress. Unlike the philosophes who looked upon Europe’s growing prosperity and saw confirmation of a utopian future, Ferguson saw something else: a reminder of Rome’s lesson that egalitarian democracy could become a self-undermining path to dictatorship.

Ferguson viewed the intrinsic power struggle between civil and military authorities as the central dilemma of modern constitutional governments. He believed that the key to understanding the forces that propel nations toward tyranny lay in analysis of ancient Roman history. It was the alliance between popular and militaristic factions within the Roman republic, Ferguson believed, which ultimately precipitated its downfall. Democratic forces, intended as a means of liberation from tyranny, could all too easily become the engine of political oppression—a fear that proved prescient when the French Revolution spawned the expansionist wars of Napoleon.

As Iain McDaniel makes clear, Ferguson’s skepticism about the ability of constitutional states to weather pervasive conditions of warfare and emergency has particular relevance for twenty-first-century geopolitics. This revelatory study will resonate with debates over the troubling tendency of powerful democracies to curtail civil liberties and pursue imperial ambitions.