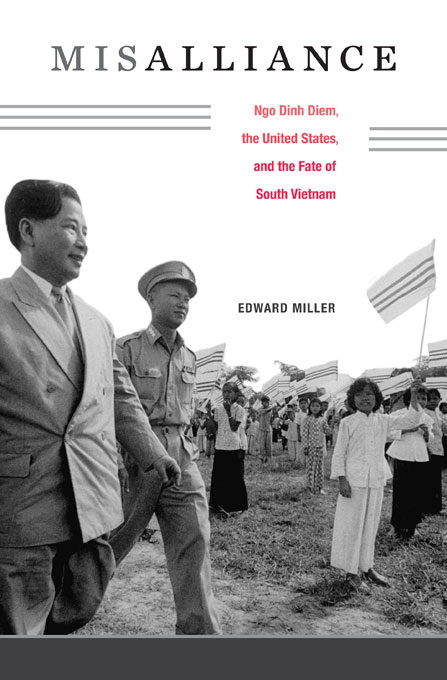 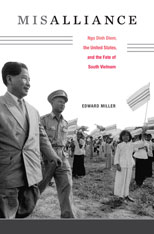 Ngo Dinh Diem, the United States, and the Fate of South Vietnam

In the annals of Vietnam War history, no figure has been more controversial than Ngo Dinh Diem. During the 1950s, U.S. leaders hailed Diem as “the miracle man of Southeast Asia” and funneled huge amounts of aid to his South Vietnamese government. But in 1963 Diem was ousted and assassinated in a coup endorsed by President John F. Kennedy. Diem’s alliance with Washington has long been seen as a Cold War relationship gone bad, undone either by American arrogance or by Diem’s stubbornness. In Misalliance, Edward Miller provides a convincing new explanation for Diem’s downfall and the larger tragedy of South Vietnam.

For Diem and U.S. leaders, Miller argues, the alliance was more than just a joint effort to contain communism. It was also a means for each side to pursue its plans for nation building in South Vietnam. Miller’s definitive portrait of Diem—based on extensive research in Vietnamese, French, and American archives—demonstrates that the South Vietnamese leader was neither Washington’s pawn nor a tradition-bound mandarin. Rather, he was a shrewd and ruthless operator with his own vision for Vietnam’s modernization. In 1963, allied clashes over development and reform, combined with rising internal resistance to Diem’s nation building programs, fractured the alliance and changed the course of the Vietnam War.

In depicting the rise and fall of the U.S.–Diem partnership, Misalliance shows how America’s fate in Vietnam was written not only on the battlefield but also in Washington’s dealings with its Vietnamese allies.