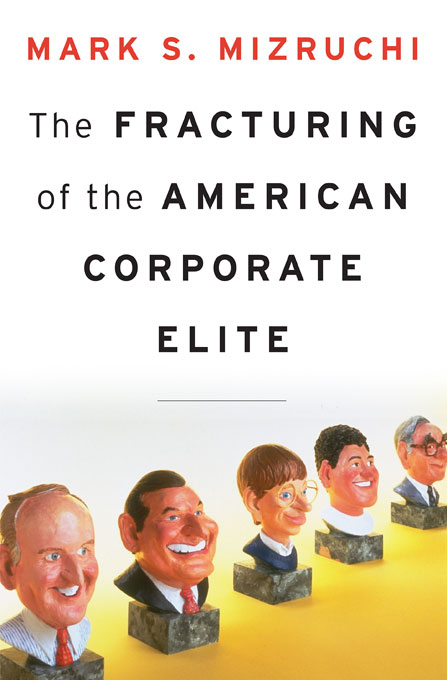 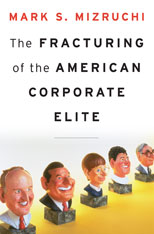 The Fracturing of the American Corporate Elite

In the aftermath of a financial crisis marked by bank-friendly bailouts and loosening campaign finance restrictions, a chorus of critics warns that business leaders have too much influence over American politics. Mark Mizruchi worries about the ways they exert too little. The Fracturing of the American Corporate Elite advances the surprising argument that American CEOs, seemingly more powerful today than ever, have abrogated the key leadership role they once played in addressing national challenges, with grave consequences for American society.

Following World War II, American business leaders observed an ethic of civic responsibility and enlightened self-interest. Steering a course of moderation and pragmatism, they accepted the legitimacy of organized labor and federal regulation of the economy and offered support, sometimes actively, as Congress passed legislation to build the interstate highway system, reduce discrimination in hiring, and provide a safety net for the elderly and needy. In the 1970s, however, faced with inflation, foreign competition, and growing public criticism, corporate leaders became increasingly confrontational with labor and government. As they succeeded in taming their opponents, business leaders paradoxically undermined their ability to act collectively. The acquisition wave of the 1980s created further pressures to focus on shareholder value and short-term gain rather than long-term problems facing their country.

Today’s corporate elite is a fragmented, ineffectual group that is unwilling to tackle the big issues, despite unprecedented wealth and political clout. Mizruchi’s sobering assessment of the dissolution of America’s business class helps explain the polarization and gridlock that stifle U.S. politics.