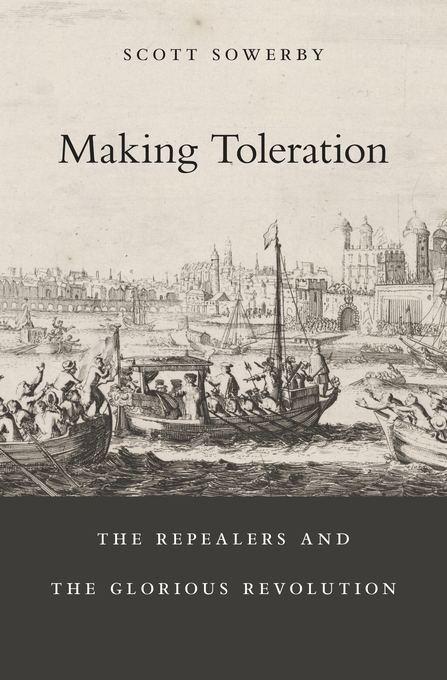 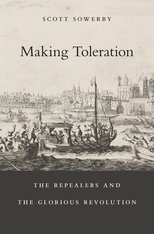 “Scott Sowerby’s able and important work, drawn from an impressive array of primary sources, tells a story quite different from the conventional, but still repeated, version of [James II’s] short reign. Sowerby’s is a James who tried to build consensus and was met by disaffected individuals who manufactured a sense of grievance; a James who was not vindictive, and, seeking reconciliation, often stopped short of counter-measures he might have taken. It was James, not William of Orange, who constructed a reform movement: the attempt to repeal the Test and Corporation Acts and to build a religiously plural society.”—Jonathan Clark, The Times Literary Supplement

“On the strength of this excellent book we can conclude that [James II] was far more intelligent than is usually supposed and we are reminded that he emptied more prison cells than he filled. As for the ‘Repealers’ of the book’s sub-title, Sowerby provides an extraordinarily detailed portrait of this plucky band of religious dissenters who recognized that history might finally be on their side. It should also be mentioned that the extent of Sowerby’s archival wanderings—he visited no fewer than 138 manuscript depositories—is phenomenal.”—Jonathan Wright, The Catholic Herald

“Bold and provocative…[Sowerby] regards the repealers and their ideas as precursors to the Enlightenment, with its concern for religious toleration and freedom of conscience. The undoubted achievement of Sowerby’s research is to demonstrate that the repealers’ cause was buttressed by a well-thought-out set of religious and political points.”—Jeremy Gregory, Church Times

“This clearly written, impressively researched book turns traditional interpretations of the rise of religious toleration and the reign of James II on their heads. Sowerby reconstructs the repealer movement from a variety of printed and archival sources, demonstrating that the Glorious Revolution of 1688 was, in fact, a counter-revolutionary movement opposing the political movement for toleration of nonconformists that James himself sponsored… [Sowerby’s] analysis of James’s attempts to shape popular opinion casts doubt on views of James as merely a failed absolutist monarch out of touch with his people. The book will interest students and scholars of British politics, religious toleration, and pluralism, and the relationship between memory and the writing of history.”—J.W. McCormack, Choice

“A sophisticated account of a much-neglected chapter in England’s history. Sowerby reshapes our perceptions of both the Glorious Revolution and religious toleration in early modern Europe. Moreover, this book will greatly expand our understanding of the intellectual range and political impact of the early Enlightenment.”—Brian Cowan, McGill University

“One of the lasting consequences of the Glorious Revolution in England was the Toleration Act of 1689, which granted freedom of worship, but not full political rights, to almost all Protestant Dissenters, but not Roman Catholics. It is generally recognized that this Act was Parliament’s response to James II’s campaign to secure toleration and political rights for both Dissenters and Catholics by repealing the penal laws and Test Acts. This important new book, by a talented young historian, systematically examines the supporters of repeal and argues that their importance, and their significance in the Revolution, has been underestimated.”—John Miller, Queen Mary, University of London