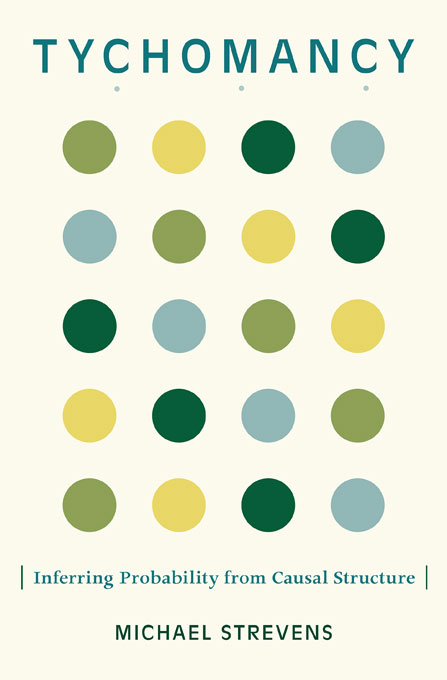 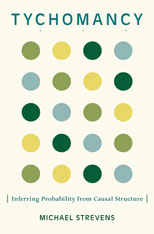 Tychomancy—meaning “the divination of chances”—presents a set of rules for inferring the physical probabilities of outcomes from the causal or dynamic properties of the systems that produce them. Probabilities revealed by the rules are wide-ranging: they include the probability of getting a 5 on a die roll, the probability distributions found in statistical physics, and the probabilities that underlie many prima facie judgments about fitness in evolutionary biology.

Michael Strevens makes three claims about the rules. First, they are reliable. Second, they are known, though not fully consciously, to all human beings: they constitute a key part of the physical intuition that allows us to navigate around the world safely in the absence of formal scientific knowledge. Third, they have played a crucial but unrecognized role in several major scientific innovations.

A large part of Tychomancy is devoted to this historical role for probability inference rules. Strevens first analyzes James Clerk Maxwell’s extraordinary, apparently a priori, deduction of the molecular velocity distribution in gases, which launched statistical physics. Maxwell did not derive his distribution from logic alone, Strevens proposes, but rather from probabilistic knowledge common to all human beings, even infants as young as six months old. Strevens then turns to Darwin’s theory of natural selection, the statistics of measurement, and the creation of models of complex systems, contending in each case that these elements of science could not have emerged when or how they did without the ability to “eyeball” the values of physical probabilities.