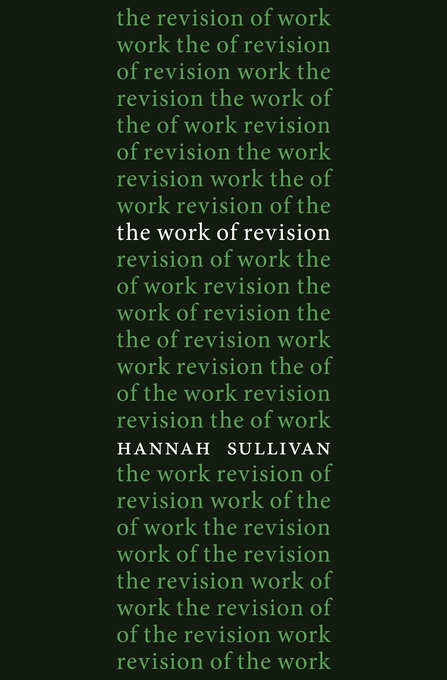 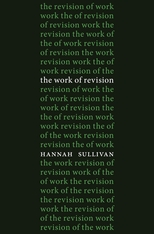 The Work of Revision

Revision might seem to be an intrinsic part of good writing. But Hannah Sullivan argues that we inherit our faith in the virtues of redrafting from early-twentieth-century modernism. Closely examining changes made in manuscripts, typescripts, and proofs by T. S. Eliot, Ezra Pound, Ernest Hemingway, James Joyce, Virginia Woolf, and others, she shows how modernist approaches to rewriting shaped literary style, and how the impulse to touch up, alter, and correct can sometimes go too far.

In the nineteenth century, revision was thought to mar a composition’s originality—a prejudice cultivated especially by the Romantics, who believed writing should be spontaneous and organic, and that rewriting indicated a failure of inspiration. Rejecting such views, avant-garde writers of the twentieth century devoted themselves to laborious acts of rewriting, both before and after publishing their work. The great pains undertaken in revision became a badge of honor for writers anxious to justify the value and difficulty of their work. In turn, many of the distinctive effects of modernist style—ellipsis, fragmentation, parataxis—were produced by zealous, experimental acts of excision and addition.

The early twentieth century also saw the advent of the typewriter. It proved the ideal tool for extensive, multi-stage revisions—superior even to the word processor in fostering self-scrutiny and rereading across multiple drafts. Tracing how master stylists from Henry James to Allen Ginsberg have approached their craft, The Work of Revision reveals how techniques developed in the service of avant-garde experiment have become compositional orthodoxy.