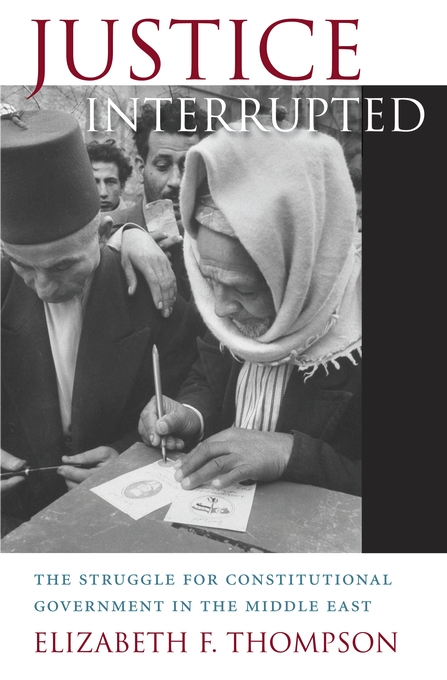 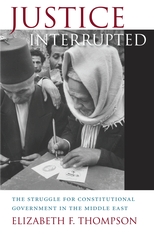 The Struggle for Constitutional Government in the Middle East

The Arab Spring uprisings of 2011 were often portrayed in the media as a dawn of democracy in the region. But the revolutionaries were—and saw themselves as—heirs to a centuries-long struggle for just government and the rule of law, a struggle obstructed by local elites as well as the interventions of foreign powers. Elizabeth F. Thompson uncovers the deep roots of liberal constitutionalism in the Middle East through the remarkable stories of those who fought against poverty, tyranny, and foreign rule.

Fascinating, sometimes quixotic personalities come to light: Tanyus Shahin, the Lebanese blacksmith who founded a peasant republic in 1858; Halide Edib, the feminist novelist who played a prominent role in the 1908 Ottoman constitutional revolution; Ali Shariati, the history professor who helped ignite the 1979 Iranian Revolution; Wael Ghonim, the Google executive who rallied Egyptians to Tahrir Square in 2011, and many more. Their memoirs, speeches, and letters chart the complex lineage of political idealism, reform, and violence that informs today’s Middle East.

Often depicted as inherently anti-democratic, Islam was integral to egalitarian movements that sought to correct imbalances of power and wealth wrought by the modern global economy—and by global war. Motivated by a memory of betrayal at the hands of the Great Powers after World War I and in the Cold War, today’s progressives assert a local tradition of liberal constitutionalism that has often been stifled but never extinguished.