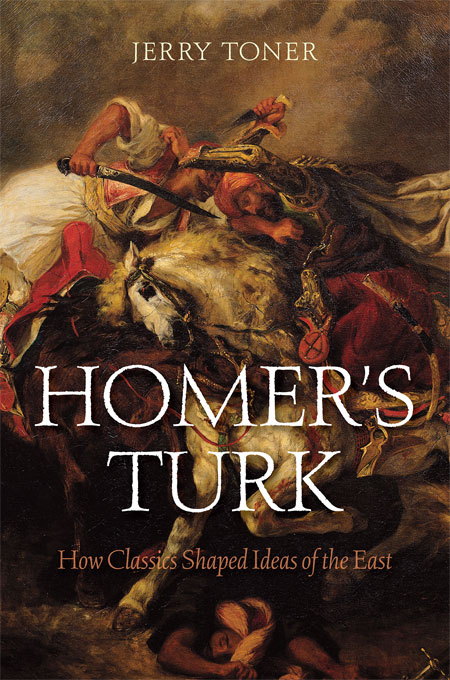 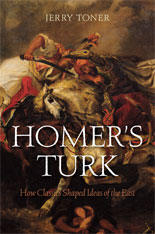 How Classics Shaped Ideas of the East

A seventeenth-century English traveler to the Eastern Mediterranean would have faced a problem in writing about this unfamiliar place: how to describe its inhabitants in a way his countrymen would understand? In an age when a European education meant mastering the Classical literature of Greece and Rome, he would naturally turn to touchstones like the Iliad to explain the exotic customs of Ottoman lands. His Turk would have been Homer’s Turk.

An account of epic sweep, spanning the Crusades, the Indian Raj, and the postwar decline of the British Empire, Homer’s Turk illuminates how English writers of all eras have relied on the Classics to help them understand the world once called “the Orient.” Ancient Greek and Roman authors, Jerry Toner shows, served as a conceptual frame of reference over long periods in which trade, religious missions, and imperial interests shaped English encounters with the East. Rivaling the Bible as a widespread, flexible vehicle of Western thought, the Classics provided a ready model for portrayal and understanding of the Oriental Other. Such image-making, Toner argues, persists today in some of the ways the West frames its relationship with the Islamic world and the rising powers of India and China.

Discussing examples that range from Jacobean travelogues to Hollywood blockbusters, Homer’s Turk proves that there is no permanent version of either the ancient past or the East in English writing—the two have been continually reinvented alongside each other.