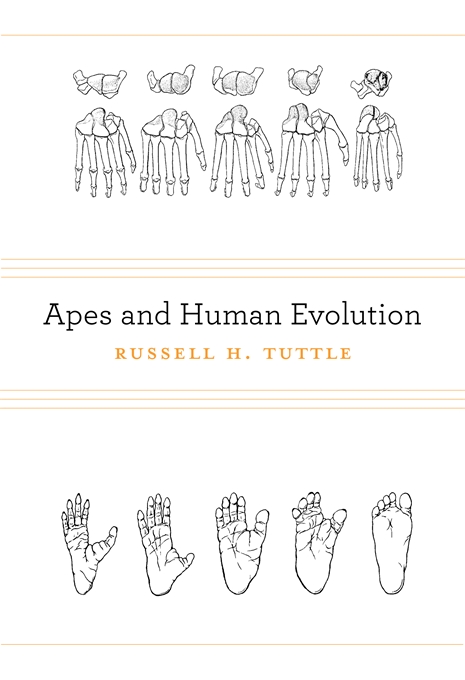 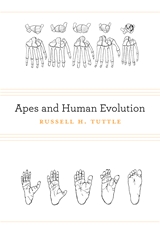 “Like the late Stephen Jay Gould’s magisterial Structure of Evolutionary Theory, Tuttle’s tome is a grand synthesis of all the latest research and data about apes and their relation to us… But lest you think it is intended chiefly for colleagues in the fields of anthropology and evolutionary biology, Tuttle’s style throughout is crisp and often witty.”—John Farrell, Forbes.com

“Witty, readable, compendious, learned, and judicious, Russell Tuttle’s big new book offers every reader a thorough survey of the biology and evolution of apes, including humans and their ancestors. For scientists, it will be an invaluable resource and a treasury of unfamiliar facts and challenging ideas.”—Matt Cartmill, Professor of Anthropology, Boston University

“In this masterly overview, Tuttle interprets human evolution through detailed comparisons with our closest zoological relatives, the apes. This is a truly monumental treatise, not only in scope but particularly because of the depth of scholarship that has been brought to bear. Drawing on a lifetime of study focusing on anatomy but also including behavior and ecology, this is destined to become a classic reference work.”—Robert D. Martin, A. Watson Armour III Curator of Biological Anthropology, The Field Museum, Chicago

“A rare accomplishment. Apes and Human Evolution is an unusually fine contribution to the field and will foster great interest in any reader.”—Duane Rumbaugh, Emeritus Professor of Psychology, Language Research Center, Georgia State University

“Tuttle provides both a synthesis and a history of the evolution of one of the most interesting species of all: ourselves. An impressive achievement, written by an authority on the topic.”—Karen B. Strier, Vilas Professor and Irven DeVore Professor of Anthropology, Department of Anthropology, University of Wisconsin–Madison