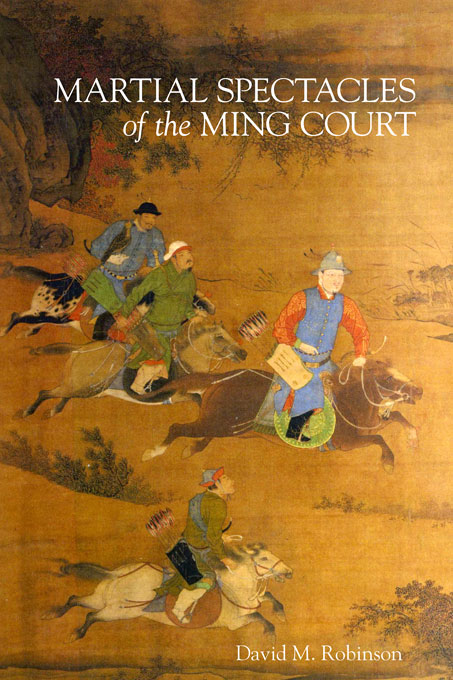 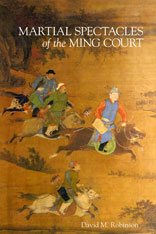 Martial Spectacles of the Ming Court

Like most empires, the Ming court sponsored grand displays of dynastic strength and military prowess. Covering the first two centuries of the Ming dynasty (1368–1644), Martial Spectacles of the Ming Court explores how the royal hunt, polo matches, archery contests, equestrian demonstrations, and the imperial menagerie were represented in poetry, prose, and portraiture. This study reveals that martial spectacles were highly charged sites of contestation, where Ming emperors and senior court ministers staked claims about rulership, ruler-minister relations, and the role of the military in the polity. Simultaneously colorful entertainment, prestigious social events, and statements of power, martial spectacles were intended to make manifest the ruler’s personal generosity, keen discernment, and respect for family tradition. They were, however, subject to competing interpretations that were often beyond the emperor’s control or even knowledge.

By situating Ming martial spectacles in the wider context of Eurasia, David Robinson brings to light the commensurability of the Ming court with both the Mongols and Manchus but more broadly with other early modern courts such as the Timurids, the Mughals, and the Ottomans.