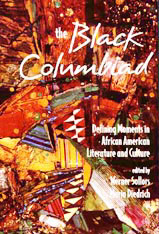 After a long and painful transatlantic passage, African captives reached a continent they hadn’t even known existed, where they were treated in ways that broke every law of civilization as they understood it. This was the discovery of America for a good number of our ancestors, one quite different from the “paradise” Columbus heralded but no less instrumental in shaping the country’s history. What finding the New World meant to those who never sought it, and how they made the hostile, unfamiliar continent their own, is the subject of this volume, the first truly international collection of essays on African American literature and culture.

Distinguished scholars, critics, and writers from around the world gather here to examine a great variety of moments that have defined the African American experience. What were the values, images, and vocabulary that accompanied African “explorers” on their terrifying Columbiad, and what new forms did they develop to re-invent America from a black perspective? How did an extremely heterogeneous group of African pioneers remake themselves as African Americans? The authors search out answers in such diverse areas as slavery, the transatlantic tradition, urbanization, rape and lynching, gender, Paris, periodicals, festive moments, a Berlin ethnologist, Afrocentrism, Mark Twain, Spain, Casablanca, orality, the 1960s, Black–Jewish relations, television images, comedy, and magic. William Wells Brown, Frank Webb, W. E. B. Du Bois, Alain Locke, Zora Neale Hurston, Richard Wright, Etheridge Knight, Ishmael Reed, Toni Morrison, Gloria Naylor, and Charles Johnson are among the many writers they discuss in detail. The result, a landmark text in African American studies, reveals, within a broader context than ever before, the great and often unpredictable variety of complex cultural forces that have been at work in black America.