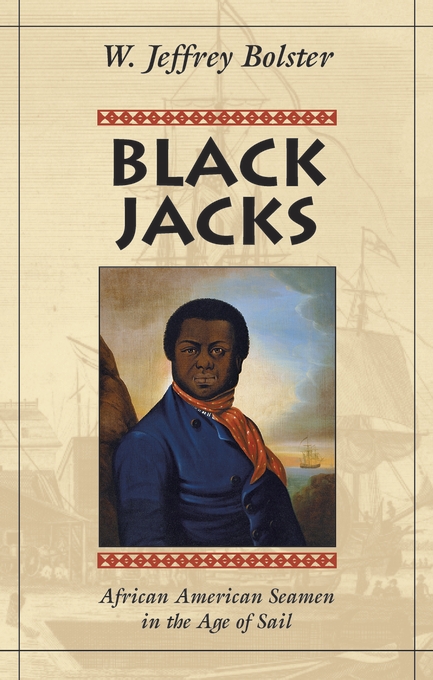 African American Seamen in the Age of Sail

Watch the inspiring story of how discovering Black Jacks and corresponding with Jeffrey Bolster changed one young convict’s life:

Few Americans, black or white, recognize the degree to which early African American history is a maritime history. W. Jeffrey Bolster shatters the myth that black seafaring in the age of sail was limited to the Middle Passage. Seafaring was one of the most significant occupations among both enslaved and free black men between 1740 and 1865. Tens of thousands of black seamen sailed on lofty clippers and modest coasters. They sailed in whalers, warships, and privateers. Some were slaves, forced to work at sea, but by 1800 most were free men, seeking liberty and economic opportunity aboard ship.

Bolster brings an intimate understanding of the sea to this extraordinary chapter in the formation of black America. Because of their unusual mobility, sailors were the eyes and ears to worlds beyond the limited horizon of black communities ashore. Sometimes helping to smuggle slaves to freedom, they were more often a unique conduit for news and information of concern to blacks.

But for all its opportunities, life at sea was difficult. Blacks actively contributed to the Atlantic maritime culture shared by all seamen, but were often outsiders within it. Capturing that tension, Black Jacks examines not only how common experiences drew black and white sailors together—even as deeply internalized prejudices drove them apart—but also how the meaning of race aboard ship changed with time. Bolster traces the story to the end of the Civil War, when emancipated blacks began to be systematically excluded from maritime work. Rescuing African American seamen from obscurity, this stirring account reveals the critical role sailors played in helping forge new identities for black people in America.

An epic tale of the rise and fall of black seafaring, Black Jacks is African Americans’ freedom story presented from a fresh perspective.