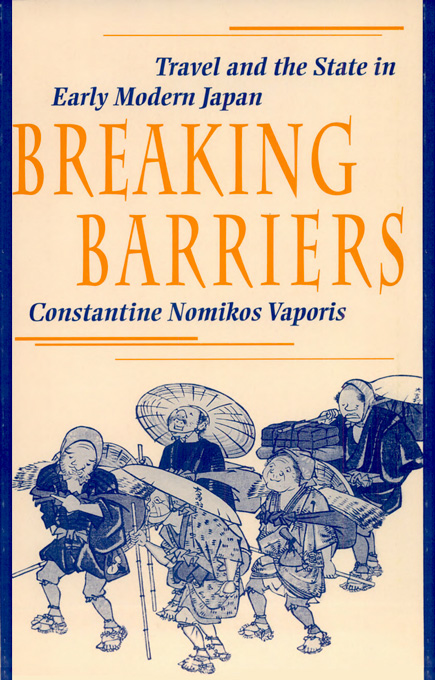 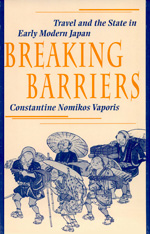 Travel and the State in Early Modern Japan

Travel in Tokugawa Japan was officially controlled by bakufu and domainal authorities via an elaborate system of barriers, or sekisho, and travel permits; commoners, however, found ways to circumvent these barriers, frequently ignoring the laws designed to control their mobility. In this study, Constantine Vaporis challenges the notion that this system of travel regulations prevented widespread travel, maintaining instead that a “culture of movement” in Japan developed in the Tokugawa era.

Using a combination of governmental documentation and travel literature, diaries, and wood-block prints, Vaporis examines the development of travel as recreation; he discusses the impact of pilgrimage and the institutionalization of alms-giving on the freedom of movement commoners enjoyed. By the end of the Tokugawa era, the popular nature of travel and a sophisticated system of roads were well established. Vaporis explores the reluctance of the bakufu to enforce its travel laws, and in doing so, beautifully evokes the character of the journey through Tokugawa Japan.