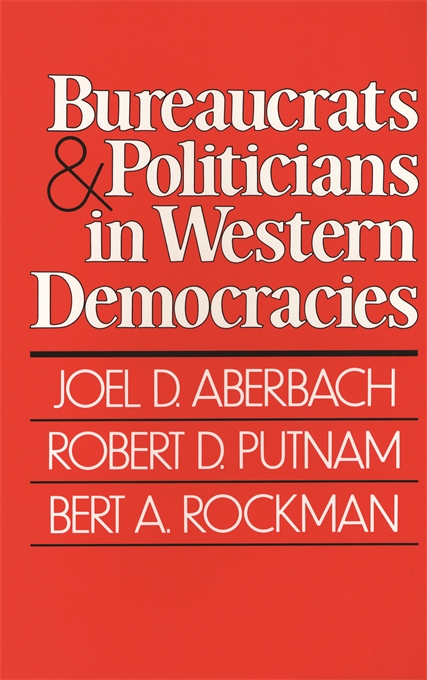 Bureaucrats and Politicians in Western Democracies

In uneasy partnership at the helm of the modern state stand elected party politicians and professional bureaucrats. This book is the first comprehensive comparison of these two powerful elites. In seven countries—the United States, Great Britain, France, Germany, Sweden, Italy, and the Netherlands—researchers questioned 700 bureaucrats and 6OO politicians in an effort to understand how their aims, attitudes, and ambitions differ within cultural settings.

One of the authors’ most significant findings is that the worlds of these two elites overlap much more in the United States than in Europe. But throughout the West bureaucrats and politicians each wear special blinders and each have special virtues. In a well-ordered polity, the authors conclude, politicians articulate society’s dreams and bureaucrats bring them gingerly to earth.