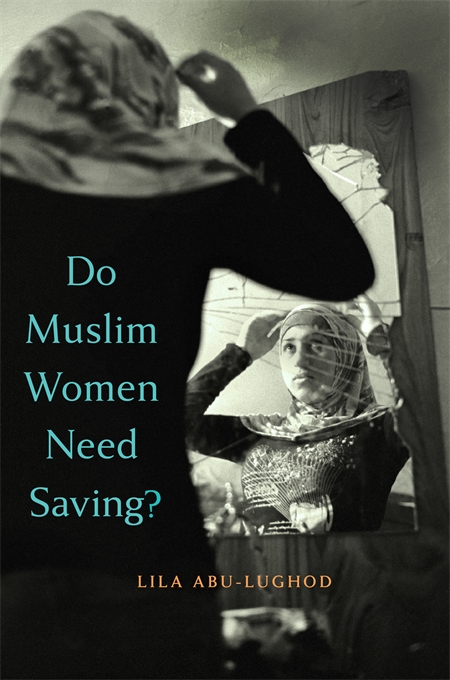 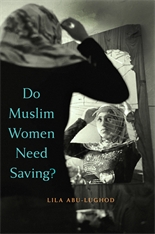 “[A] beautiful book… It is a riveting account by an academic who has spent many years observing women in the Middle East and the West, and adeptly wears several hats as an anthropologist and professor in women’s studies. Abu-Lughod is a great listener and a sharp observer of everyday life. She understands the struggles, joys and jealousies of Middle Eastern women and has an ear for the stories that do not make headlines. Refusing to treat Muslim women as a category, she focuses on nuances and complexities. Where others see an undifferentiated mass of individuals, she sees real women with real stories… There are Islams, just like there are Judaisms, Christianities and Hinduisms. We need to make the word plural to understand the wide variety of practices and power relations. And Lila Abu-Lughod’s Do Muslim Women Need Saving? does precisely that with its captivating approach.”—Elif Shafak, Literary Review

“Every page contains a fresh riposte to easy cultural or religious explanations for women’s oppression… Do Muslim Women Need Saving? is the result of many years’ rumination over contemporary feminist debates in the developing world… In this volatile debate Lila Abu-Lughod frequently reminds her readers that she writes ‘as an anthropologist.’ In keeping with this role, she offers no simple remedy for female suffering abroad; nor does she condone the shrug that dismisses distant injustices as ‘just their culture.’ Instead, she offers an injunction to look and listen carefully for suffering at home as well as overseas, and to examine ‘our own responsibilities for the situations in which others in distant places find themselves.’”—Nabeelah Jaffer, The Times Literary Supplement

“Saving Muslim women is now a global undertaking in which the participants are both Muslim and non-Muslim. Lila Abu-Lughod’s book is a critical reflection on this mushrooming industry, and its representatives, representations and bureaucracy… Abu-Lughod succeeds in…exposing several stubbornly persistent myths. She critically assesses the vast number of sensational representations of women, written by Muslims and others, about the general repression in a so-called IslamLand. She follows the trail of global feminism in the extensive bureaucracy, institutions and non-governmental organizations that have emerged since the 1990s, all claiming to save Muslim women… Her focus on analyzing how individual Muslim women experience freedom, rights and constraints brings a much-needed perspective… She offers a panoramic view of women’s multiple experiences in their own contexts, thereby dismissing sweeping generalizations about these women being a homogeneous oppressed mass. She urges us to look at contexts shaped by global politics, international capital and modern state institutions that all contribute to changing landscapes of family and community. Abu-Lughod reminds us that rights may be universal but above all they are projects bounded by political contexts, institutions and language… This book is destined to unsettle the convictions of those concerned with saving Muslim women. Many will find it shocking for its uncompromising critique of recent moral crusades, while careful readers will doubtless find in it enough ammunition to deconstruct projects that may seem worth pursuing, but ultimately are not as focused on improving women’s lives in faraway places as they first appear. Abu-Lughod dissolves geographical boundaries, exposes the limits of global morality, and deconstructs the international power context that allows Muslim women to remain that distant voiceless other, awaiting intervention. It invites us to think not only about dominant representations of Muslim women in images and words, but also about our own engagement with the other, which has always taken place in an unequal context.”—Madawi Al-Rasheed, Times Higher Education

“There is an ethical dimension to [Abu-Lughod’s] attention to the particularities and complexities of difference between women of different countries, social backgrounds and cultures, and even within cultures she’s always attuned to the differences brought about by class and economic background…Through her in-depth demolition of the new moral crusades brought on by the genre of ‘gendered Orientalism’ in the pulp nonfiction of books by ‘insiders,’ i.e., Muslim women who threw off their shackles or who tore off their veils and ran away from their oppressive Muslim homes in order to live the precise kind of life lived by a certain class of Western woman in urban areas, Abu-Lughod zeroes in on the treacherous hypocrisy of the seemingly well-read and well-educated class of progressive Westerners.”—Subashini Navaratnam, PopMatters

“Some of the most rewarding material in Do Muslim Women Need Saving? examines the obsession with constraint that counterposes perceptions of Muslim women to Enlightenment ideals of freedom and autonomy, connected to theoretical work by Wendy Brown, Judith Butler, and Saba Mahmood… While she is hardly alone in critiquing the flattened stereotype of the abject Muslim woman, Abu-Lughod brings refreshing new observations to this well-trodden ground… Abu-Lughod provocatively suggests that American feminism shares with older imperial agendas the political imperative to see Muslim women as particularly oppressed… This book is a great service to those of us who have long wanted for a resource we can recommend to explain why Muslim women do not need saving. Persuasive, generous, and insightful, Abu-Lughod asks us to bring our careful analysis, critical self-reflection, and constant recognition of our common but also differently expressed humanity to the table.”—Leti Volpp, Public Books

“The book’s principal strengths lie in skillfully deconstructing the symbolic significance of a range of high profile ‘moral crusades’ involving Muslim women which have captured the global imagination. Abu-Lughod highlights how the most basic conditions of these women’s lives are set by political forces that are often national or even international in origin even if they are local in effect…She argues that concepts such as ‘oppression,’ ‘choice,’ and ‘freedom’ are blunt instruments for capturing the dynamics and quality of Muslim women’s lives in these places. In addition to revealing such characterizations as overly simplistic, Abu-Lughod also analyses the politics and the ethics of the international circulation of discourses about ‘the oppressed Muslim woman.’ She shows, for example, how debates on the veil and discussions of honor crimes are deployed as 21st century political projects. She writes passionately about the salacious and voyeuristic way in which such crimes are recorded, pointedly asking why knowing about the ‘culture’ has been seen as more important than exploring the story of the development of repressive regimes in the region. Equally, she highlights how in the West such discourses are unashamedly linked to xenophobic immigration policies. She warns of the risks entailed in such polarizing ‘savior’ discourses whereby feminism and even secularism are only seen as Western concepts…This book represents a necessary if uncomfortable intervention for those who may uncritically engage in the diverse range of clarion calls to save Muslim women…Abu-Lughod’s book provides a richly evidenced and easy to read deconstruction of simplistic culturalist explanations of any phenomena which pertain to Muslim women in all their diversity. As with other postcolonial feminists such as Mohanty and Narayan her approach represents a useful analytical tool to explore contemporary controversies about the experiences of Muslim and other Other women in all their complexity.”—Naaz Rashid, LSE Review of Books

“Sharply observed take on the Western impulse to save oppressed Muslim women and the wider political, legal and cultural issues at stake.”—Marc Lynch, The Washington Post blog

“One of the book’s great accomplishments is to present readers with concrete examples of women who explain their actions and justify their choices, instead of caricatured victims to be pitied and saved by enlightened others.”—Joan W. Scott, Journal of Middle East Women’s Studies

“In accessible, lucid prose, Abu-Lughod explains how sensationalized memoirs, or ‘pulp nonfiction,’ have perpetuated stereotypes and made Muslim women a symbol of an alien culture. The author dispassionately points out the hypocrisy of colonial feminism, and how more often than not, there is a clear political agenda behind the liberation of the ‘women of cover’ and how the role of the U.S. is often overlooked. The women presented here see their Islamic faith as a source of strength to fight injustice, not the cause of it. They’re not asking to be rescued from their religion, the author contends, but from the discriminatory legal system, poverty, outdated patriarchal family traditions, and border controls that continue to inhibit their freedom. While offering no easy solution, the author recommends observation over moral crusades, stating: ‘Anyone seriously interested in Muslim women’s rights must follow them as they move.’ This book is an excellent place to begin.”—Publishers Weekly

“Tracing connections from human rights groups and international feminist NGOs, to philosophy and anthropology, to best-selling memoirs of Muslim women and titillating pulp fiction accounts of Muslim women’s suffering, Abu-Lughod argues that the West’s perception of Muslim women as creatures in need of rescue is shaped by a confluence of powerful forces. Incisively argued and often sharply critical, Abu-Lughod’s book—which will surely spark debate—is essential reading for anyone interested in women’s rights in the Muslim world.”—Leila Ahmed, author of A Quiet Revolution: The Veil’s Resurgence from the Middle East to America

“In this passionate, sharply articulated, and engaging argument, Lila Abu-Lughod describes how Islam has been transformed into a homogenized geography ‘somewhere out there’ and how its women, different as they are diverse, have become the excuse for political and military interventions. In place of the simplistic arguments that are bandied about on the global stage, this book reminds us to ask more important questions: who are the saviors of Muslim women and how did they acquire the right to be the saviors? Every thinking individual should read this book.”—Urvashi Butalia, author of The Other Side of Silence: Voices from the Partition of India

“This is a provocative and astute challenge to the received wisdom of our time that Muslim women need to be saved by the liberated West. Abu-Lughod not only offers an insightful critique of the remedies offered to combat violence against Muslim women but also helps us see their lives differently. We are forced to confront the shared humanity between ‘us’ and ‘them’ that is both unsettling and instructive. A must read for those who remain skeptical of ‘save the Muslim woman’ campaigns that are so popular and fashionable today.”—Saba Mahmood, author of Politics of Piety: The Islamic Revival and the Feminist Subject

“There is no one better qualified than Lila Abu-Lughod to take on difficult questions about Muslim women and their portrayal in the global media. Her answers shake up some fundamental assumptions held by liberals and conservatives alike and raise new questions. This book persuades us to consider new and more productive ways of thinking and acting.”—Mahmood Mamdani, author of Saviors and Survivors: Darfur, Politics, and the War on Terror

“Lila Abu-Lughod lays bare the many factors that can collude to produce an unhappy woman in a Muslim society: abusive father, distant husband, bad personal decisions, and restrictive codes of conduct, yes, but also poverty, neoliberalism, politicized NGOs, war, and occupation. Her book tells larger, transnational stories, bringing together activists, publishers, and women from all over the world.”—Elora Shehabuddin, author of Reshaping the Holy: Democracy, Development, and Muslim Women in Bangladesh