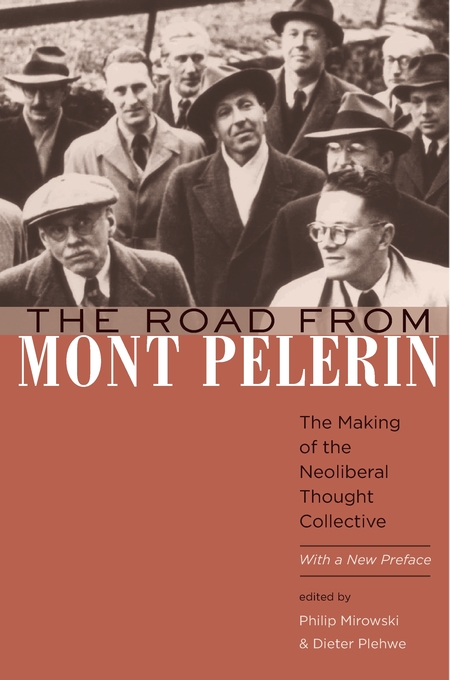 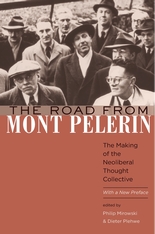 The Road from Mont Pèlerin

The Making of the Neoliberal Thought Collective, With a New Preface

What exactly is neoliberalism, and where did it come from? This volume attempts to answer these questions by exploring neoliberalism’s origins and growth as a political and economic movement.

Although modern neoliberalism was born at the “Colloque Walter Lippmann” in 1938, it only came into its own with the founding of the Mont Pèlerin Society, a partisan “thought collective,” in Vevey, Switzerland, in 1947. Its original membership was made up of transnational economists and intellectuals, including Friedrich Hayek, Milton Friedman, George Stigler, Karl Popper, Michael Polanyi, and Luigi Einaudi. From this small beginning, their ideas spread throughout the world, fostering, among other things, the political platforms of Margaret Thatcher and Ronald Reagan and the Washington Consensus.

The Road from Mont Pèlerin presents the key debates and conflicts that occurred among neoliberal scholars and their political and corporate allies regarding trade unions, development economics, antitrust policies, and the influence of philanthropy. The book captures the depth and complexity of the neoliberal “thought collective” while examining the numerous ways that neoliberal discourse has come to shape the global economy.