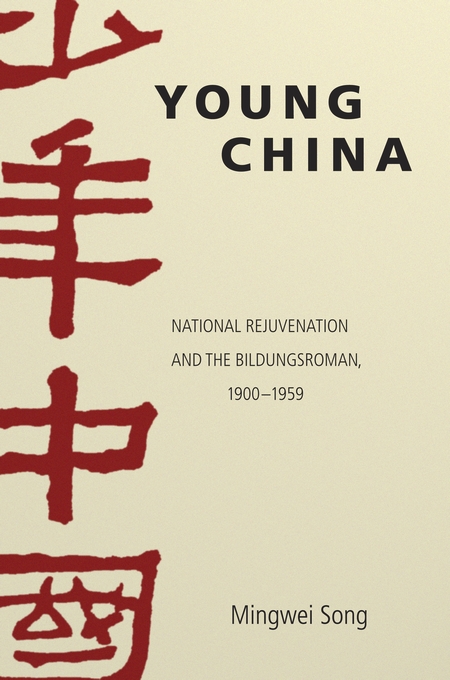 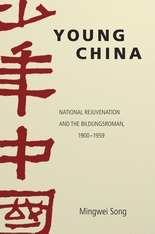 National Rejuvenation and the Bildungsroman, 1900–1959

“From foreign students to student activists and from socialist revolutionaries to Red Guards, this book explores the myriad ways in which China’s youth have shaped their nation, and often been transformed, twisted, and sometimes sacrificed in the process. In Young China, Mingwei Song not only tells the story of how Bildungsroman narratives evolved in twentieth-century China, but through this process he also paints a complex portrait of modern China’s own coming-of-age story. This is an essential work from one of the most gifted and insightful readers of modern Chinese literature.”—Michael Berry, Professor of Contemporary Chinese Cultural Studies at the University of California, Santa Barbara, and author of A History of Pain and Speaking in Images

“Brisk, refreshing, and brimming with youthfulness, this book paints a self-fashioning journey from old to young China, and articulates sentiments, ideas, hopes, and energy invested in the young and restless. Mingwei Song has broken new ground in literary scholarship by weaving the Bildungsroman into China’s pursuit of nationhood and modernity.”—Ban Wang, William Haas Professor in Chinese Studies at Stanford University and author of The Sublime Figure of History

“Young China is a groundbreaking book. Mingwei Song deals with the poetics and politics of ‘youth’ as a dominant trope in the making of Chinese modernity from the late Qing to the founding of the People’s Republic of China. In this book, ‘youth’ is understood as a political agency constructed by Chinese revolutionaries from both the rightist and leftist wings; a pedagogical machine instituted by the May Fourth enlightenment project; and an affective register entertained by Chinese intellectuals. Song contends that the imagination and institutionalization of ‘youth’ evolved to become a powerful discourse in the first half of the modern century, exerting enormous cultural and political impacts on the making of a new, and young, China.”—David Der-Wei Wang, Professor of Chinese Literature at Harvard University and author of Fin-de-Siècle Splendor