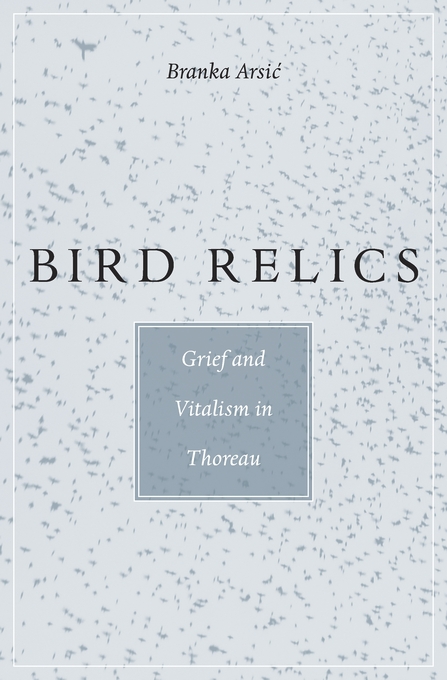 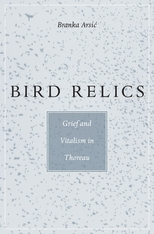 Grief and Vitalism in Thoreau

Birds were never far from Thoreau’s mind. They wing their way through his writing just as they did through his cabin on Walden Pond, summoned or dismissed at whim by his whistles. Emblematic of life, death, and nature’s endless capacity for renewal, birds offer passage into the loftiest currents of Thoreau’s thought. What Branka Arsić finds there is a theory of vitalism that Thoreau developed in response to his brother’s death. Through grieving, Thoreau came to see life as a generative force into which everything dissolves. Death is not an annulment of life but the means of its transformation and reemergence.

Bird Relics traces Thoreau’s evolving thoughts through his investigation of Greek philosophy and the influence of a group of Harvard vitalists who resisted the ideas of the naturalist Louis Agassiz. It takes into account materials often overlooked by critics: his Indian Notebooks and unpublished bird notebooks; his calendars that rewrite how we tell time; his charts of falling leaves, through which he develops a complex theory of decay; and his obsession with vegetal pathology, which inspires a novel understanding of the relationship between disease and health.

Arsić’s radical reinterpretation of Thoreau’s life philosophy gives new meaning to some of his more idiosyncratic habits, such as writing obituaries for people he did not know and frequenting estate sales, and raises important questions about the ethics of Thoreau’s practice of appropriating the losses of others as if they were his own.