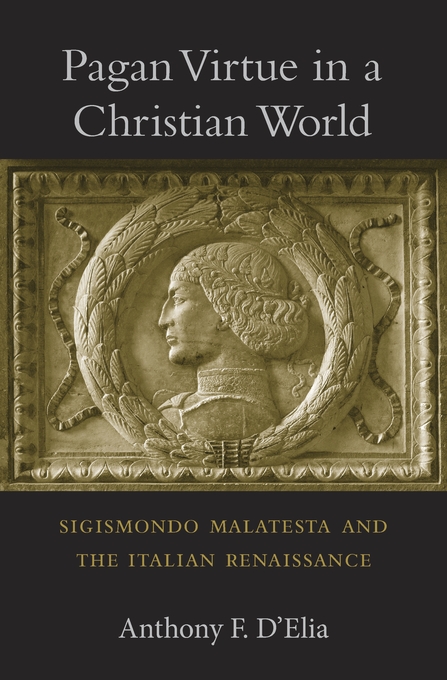 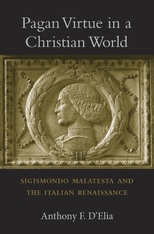 Pagan Virtue in a Christian World

Sigismondo Malatesta and the Italian Renaissance

“Ideas mattered materially in the world of Sigismondo Malatesta, and it’s the sharp clash of ideas that forms the fascinating heart of Pagan Virtue in a Christian World.”—Steve Donoghue, Open Letters Monthly

“Anthony F. D’Elia’s Pagan Virtue in a Christian World is an intricately argued reconciliation of Malatesta’s divided nature. An image of Malatesta for our times, it examines the creation of the original Malatesta legend.”—Dominic Green, History Today

“Well-crafted and thoughtfully written, Pagan Virtue in a Christian World is by far the most comprehensive treatment we possess of the humanistic literature produced in Rimini under Sigismondo Malatesta. This is an important contribution to Renaissance studies, one that will considerably enrich our current understanding of the cultural dynamics that characterized Italian humanism in its courtly setting.”—Gary Ianziti, University of Queensland

“This is an elegantly designed, splendidly composed, and immensely learned work on Renaissance civilization, centered on, but not limited by, the heroic career of one of its notorious antiheroes. Not many authors can combine high scholarship with dramatic narrative, but D’Elia does.”—Margaret King, Brooklyn College