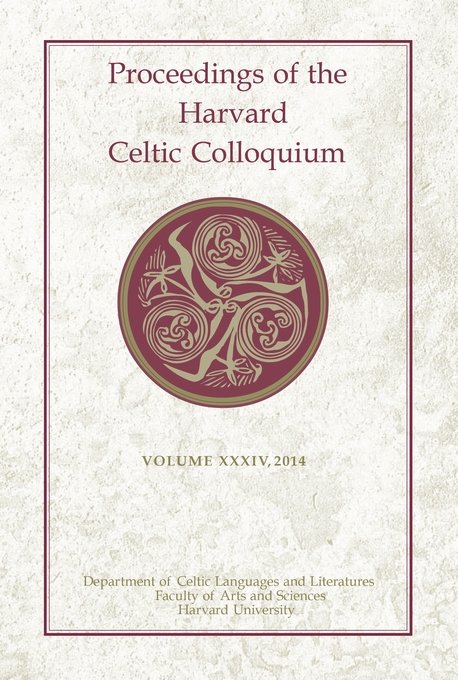 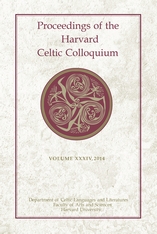 Proceedings of the Harvard Celtic Colloquium, 34: 2014

The Harvard Celtic Colloquium provides a small but international audience for presentations by scholars from all ranks of scholarship and all areas of Celtic Studies. Among the topics covered are the archaeology, history, culture, linguistics, literatures, politics, religion, and social structures of the countries and regions in which Celtic languages are, or were, spoken, and their extended influence, from prehistory to the present. The broad range of the conference is reflected in the content of its published proceedings, which will interest students newly attracted to Celtic Studies as well as senior scholars in the field.

PHCC 34 includes the John V. Kelleher Lecture for 2014 given by Ann Parry Owen, “‘An audacious man of beautiful words’: Ieuan Gethin (c.1390–c.1470).” Several papers in this volume deal with the reflection of political forces and contemporary leaders in the early modern period in the literature of Ireland and Wales. Others consider the influence of Christian authors on Ireland as reflected in various surviving literary documents and tales. Of particular interest for the history of Celtic Studies are articles on early scholarship in the field, and Irish and Welsh vernacular authors who incorporated medieval literary motifs into their own work.