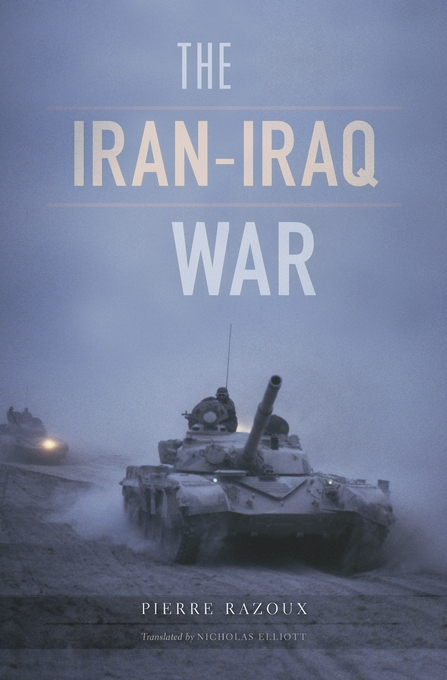 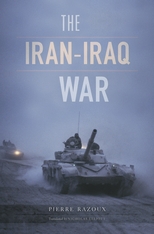 “[A] heavyweight work of history… [Razoux] brings a cool, factual approach to a large subject that has hitherto received too little attention… Razoux’s deep research and analytical style make the book something of a general-staff history… It adds up to something extraordinary.”—Bartle Bull, Wall Street Journal

“Once a decade, a book appears in which the creative genius and technical skill of the author perfectly match a vast subject. The French defense expert Pierre Razoux’s book on the 1980–1988 Iran–Iraq war is superb and hugely topical… Razoux has a brilliant and economical way of making what became huge and complex battles intensely readable (the maps are excellent too)… This is a masterwork and anyone interested in where Iran goes next—for Iraq will surely cease to be a unitary state—should read the historian of real genius.”—Michael Burleigh, The Times

“Razoux’s detailed, wide-ranging and elegantly written account is the best hope we have of seeing this epoch-defining conflict for what it was. Drawing on a decade of research, during which he accessed Saddam’s audio records of military and political meetings, investigated Iranian sources and conducted countless interviews with military, political and business figures from around the world, Razoux gives the reader a uniquely broad and deep look at the conflict… One of the most fascinating insights this book offers is its illustration of the impact the conflict had on the Islamic Republic of Iran and how that nation moved from fledgling revolutionary state to an established Islamic theocracy… Razoux’s excellent and lucidly translated study does this awful conflict justice in an even-handed and professional manner. It is a must read for anyone with an interest in Iran, Iraq and the region as it stands today.”—C. P. W. Gammell, Literary Review

“Pierre Razoux’s The Iran–Iraq War is better by a mile than most of the military history that floods the English market. Very topical too since we will be getting to know Iran much more in future and its history should be required reading.”—Michael Burleigh, Evening Standard

“Using published Western sources, interviews, still-classified French intelligence reports, and the translated transcripts of the audio tapes Saddam kept of all his meetings, Razoux…has produced a blow-by-blow military history which is the first significant reappraisal of the war since the downfall of Saddam… Razoux writes well on the interplay of war and politics (and has been translated well and sympathetically); there are many insights and telling anecdotes.”—James Barr, Times Literary Supplement

“What emerges in illuminating detail from Razoux’s study is the impact of the power struggle between Ayatollah Khomeini’s two protégés, the men he promoted and protected till the end of his life in June 1989, and left in charge of a house divided by their rivalry: Akbar Hashemi Rafsanjani and Ali Hosseini Khamenei.”—Joost Hiltermann, London Review of Books

“Oddly this war isn’t discussed much any more, even though it is arguably the breakthrough event for the ongoing collapse of parts of the Middle East… I found Pierre Razoux’s The Iran–Iraq War to be a highly readable and useful account.”—Tyler Cowen, Marginal Revolution

“This is an impressive, well-researched account of a conflict that helped define the modern Middle East, and it explains, as Razoux shows, much subsequent Iraqi and Iranian history… Razoux brilliantly links the conflict to the regional and Great Power politics of the period… Thus the Iran–Iraq war led directly into post–Cold War geopolitics and conflict. Razoux has produced the best book available on this important war.”—Jeremy Black, Military History

“Although it was the longest war of the 20th century and caused over a million casualties, the Iran–Iraq War is largely forgotten by the Western world outside of a few military analysts and Middle East scholars… In spite of the ramifications of this war, a complete and readable single volume narrative has not been written in the West, until now. Razoux…has written a comprehensive and engrossing account of this war. Using a wealth of new or untapped sources, including the complete set of transcripts of the American debriefing of Saddam Hussein after his capture in 2004 and numerous interviews with Iranian and Iraqi commanders, Razoux provides unique insights into the strategic and operational thinking of both sides throughout the war… What makes this book so useful to both military historians and students of Middle Eastern politics is that Razoux is able to incorporate a complete look at the ripples caused by this conflict throughout the Middle East and within the Cold War as a whole… There is almost nothing occurring in the Middle East today that wasn’t somehow influenced by this virtually unknown war. It has been long overdue for a comprehensive single-volume history, which this book ably fulfills. This is definitely a volume that both military historians and Middle Eastern scholars should have on their bookshelf.”—Jerry D. Lenaburg, New York Journal of Books

“The Iran–Iraq War marked a turning point in the history of the Middle East. One cannot comprehend the situation in the Gulf today—the Iranian nuclear program or the political crises in Baghdad and Tehran—without understanding the frustrations and fears that sprang from that war.”—Diplomatie

“This is an important book, not least for the time devoted to it: ten years’ work by the author, with hundreds of meetings and interviews, unpublished archives, and the deciphering of the famous audiotapes of Saddam Hussein and his staff. And for the first time, Iranian sources are included as well… Razoux examines the military dimension with a knack for detail and a commanding narrative sense, but also addresses the political, diplomatic, and economic aspects.”—Libération Week-End

“The chapter on the tribulations of the Iranian child-soldiers is poignant, the one on the torment of the Kurds gassed at Halabja overwhelming… It is impossible to grasp the Iraqi and Iranian crises of the twenty-first century without going back to this first, brutal war in the Gulf.”—Le Monde