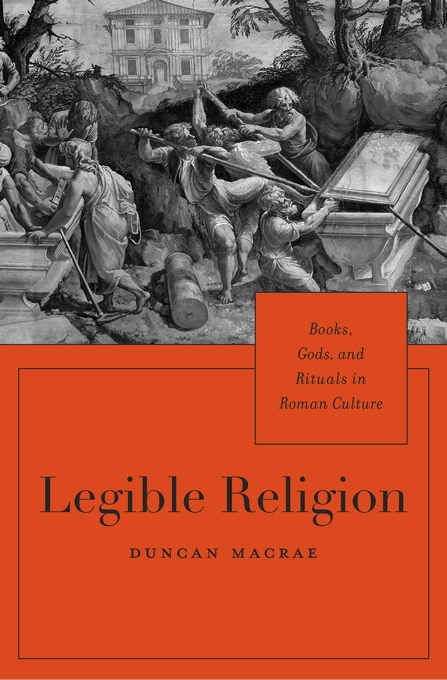 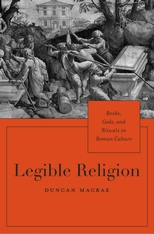 Scholars have long emphasized the importance of scripture in studying religion, tacitly separating a few privileged “religions of the Book” from faiths lacking sacred texts, including ancient Roman religion. Looking beyond this distinction, Duncan MacRae delves into Roman religious culture to grapple with a central question: what was the significance of books in a religion without scripture?

In the last two centuries BCE, Varro and other learned Roman authors wrote treatises on the nature of the Roman gods and the rituals devoted to them. Although these books were not sacred texts, they made Roman religion legible in ways analogous to scripture-based faiths such as Judaism and Christianity. Rather than reflect the astonishingly varied polytheistic practices of the regions under Roman sway, the contents of the books comprise Rome’s “civil theology”—not a description of an official state religion but one limited to the civic role of religion in Roman life. An extended comparison between Roman books and the Mishnah—an early Rabbinic compilation of Jewish practice and law—highlights the important role of nonscriptural texts in the demarcation of religious systems.

Tracing the subsequent influence of Roman religious texts from the late first century BCE to early fifth century CE, Legible Religion shows how two major developments—the establishment of the Roman imperial monarchy and the rise of the Christian Church—shaped the reception and interpretation of Roman civil theology.