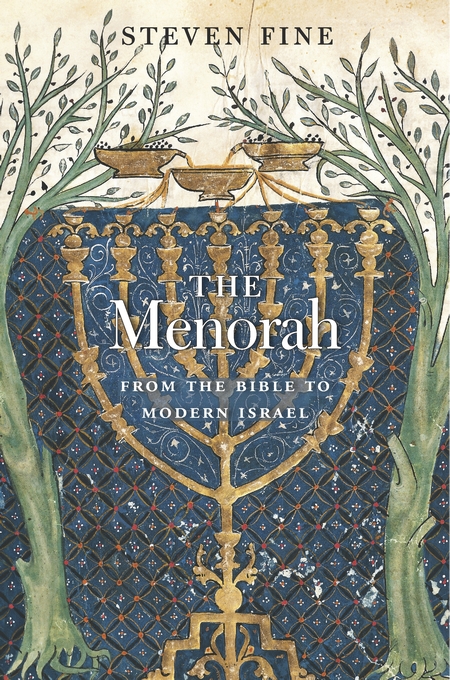 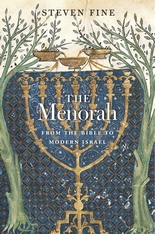 From the Bible to Modern Israel

The menorah, the seven-branched candelabrum, has traversed millennia as a living symbol of Judaism and the Jewish people. Naturally, it did not pass through the ages unaltered. The Menorah explores the cultural and intellectual history of the Western world’s oldest continuously used religious symbol. This meticulously researched yet deeply personal history explains how the menorah illuminates the great changes and continuities in Jewish culture, from biblical times to modern Israel.

Though the golden seven-branched menorahs of Moses and of the Jerusalem Temple are artifacts lost to history, the best-known menorah image survives on the Arch of Titus in Rome. Commemorating the Roman destruction of Jerusalem in 70 CE, the arch reliefs depict the spoils of the Temple, the menorah chief among them, as they appeared in Titus’s great triumphal parade in 71 CE. Steven Fine recounts how, in 2012, his team discovered the original yellow ochre paint that colored the menorah—an event that inspired his search for the history of this rich symbol from ancient Israel through classical history, the Middle Ages, and on to our own tumultuous times.

Surveying artifacts and literary sources spanning three thousand years—from the Torah and the ruins of Rome to yesterday’s news—Fine presents the menorah as a source of fascination and illumination for Jews, Samaritans, Christians, and even Freemasons. A symbol for the divine, for continuity, emancipation, national liberation, and redemption, the menorah features prominently on Israel’s state seal and continues to inspire and challenge in surprising ways.