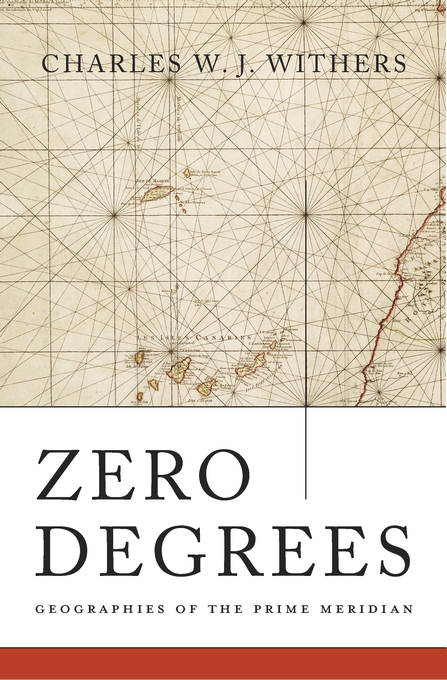 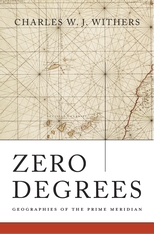 Geographies of the Prime Meridian

Space and time on earth are regulated by the prime meridian, 0°, which is, by convention, based at the Royal Observatory, Greenwich. But the meridian’s location in southeast London is not a simple legacy of Britain’s imperial past. Before the nineteenth century, more than twenty-five different prime meridians were in use around the world, including Paris, Beijing, Greenwich, Washington, and the location traditional in Europe since Ptolemy, the Canary Islands. Charles Withers explains how the choice of Greenwich to mark 0° longitude solved complex problems of global measurement that had engaged geographers, astronomers,and mariners since ancient times.

Withers guides readers through the navigation and astronomy associated with diverse meridians and explains the problems that these cartographic lines both solved and created. He shows that as science and commerce became more global and as railway and telegraph networks tied the world closer together, the multiplicity of prime meridians led to ever greater confusion in the coordination of time and the geographical division of space. After a series of international scientific meetings, notably the 1884 International Meridian Conference in Washington, DC, Greenwich emerged as the most pragmatic choice for a global prime meridian, though not unanimously or without acrimony. Even after 1884, other prime meridians remained in use for decades.

As Zero Degrees shows, geographies of the prime meridian are a testament to the power of maps, the challenges of accurate measurement on a global scale, and the role of scientific authority in creating the modern world.