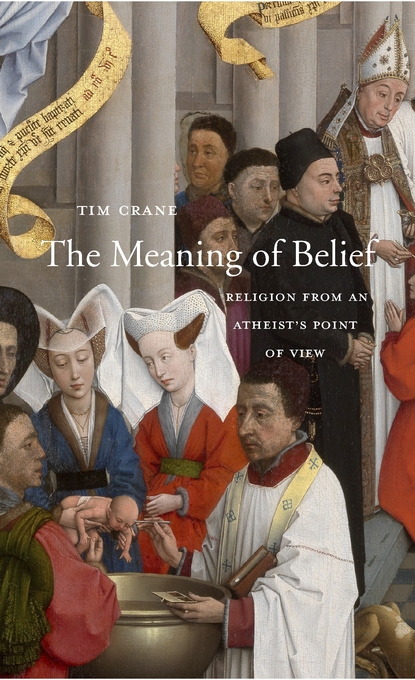 The Meaning of Belief

Religion from an Atheist’s Point of View

On CBC Radio’s Tapestry, listen to Tim Crane consider how, by categorically dismissing the concept of religion, modern “combative” atheists may be overlooking its importance in understanding human nature:

“[A] lucid and thoughtful book… In a spirit of reconciliation, Crane proposes to paint a more accurate picture of religion for his fellow unbelievers.”—James Ryerson, New York Times Book Review

Contemporary debate about religion seems to be going nowhere. Atheists persist with their arguments, many plausible and some unanswerable, but these make no impact on religious believers. Defenders of religion find atheists equally unwilling to cede ground. The Meaning of Belief offers a way out of this stalemate.

An atheist himself, Tim Crane writes that there is a fundamental flaw with most atheists’ basic approach: religion is not what they think it is. Atheists tend to treat religion as a kind of primitive cosmology, as the sort of explanation of the universe that science offers. They conclude that religious believers are irrational, superstitious, and bigoted. But this view of religion is almost entirely inaccurate. Crane offers an alternative account based on two ideas. The first is the idea of a religious impulse: the sense people have of something transcending the world of ordinary experience, even if it cannot be explicitly articulated. The second is the idea of identification: the fact that religion involves belonging to a specific social group and participating in practices that reinforce the bonds of belonging. Once these ideas are properly understood, the inadequacy of atheists’ conventional conception of religion emerges.

The Meaning of Belief does not assess the truth or falsehood of religion. Rather, it looks at the meaning of religious belief and offers a way of understanding it that both makes sense of current debate and also suggests what more intellectually responsible and practically effective attitudes atheists might take to the phenomenon of religion.