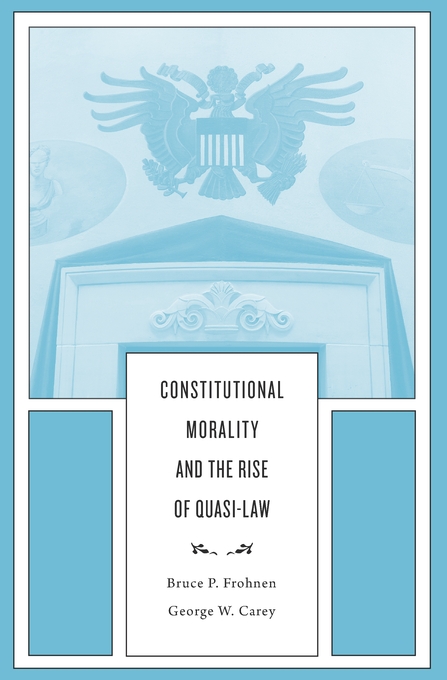 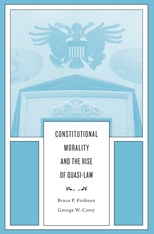 Constitutional Morality and the Rise of Quasi-Law

Americans are increasingly ruled by an unwritten constitution consisting of executive orders, signing statements, and other forms of quasi-law that lack the predictability and consistency essential for the legal system to function properly. As a result, the U.S. Constitution no longer means what it says to the people it is supposed to govern, and the government no longer acts according to the rule of law. These developments can be traced back to a change in “constitutional morality,” Bruce Frohnen and George Carey argue in this challenging book.

The principle of separation of powers among co-equal branches of government formed the cornerstone of America’s original constitutional morality. But toward the end of the nineteenth century, Progressives began to attack this bedrock principle, believing that it impeded government from “doing the people’s business.” The regime of mixed powers, delegation, and expansive legal interpretation they instituted rejected the ideals of limited government that had given birth to the Constitution. Instead, Progressives promoted a governmental model rooted in French revolutionary claims. They replaced a Constitution designed to mediate among society’s different geographic and socioeconomic groups with a body of quasi-laws commanding the democratic reformation of society.

Pursuit of this Progressive vision has become ingrained in American legal and political culture—at the cost, according to Frohnen and Carey, of the constitutional safeguards that preserve the rule of law.