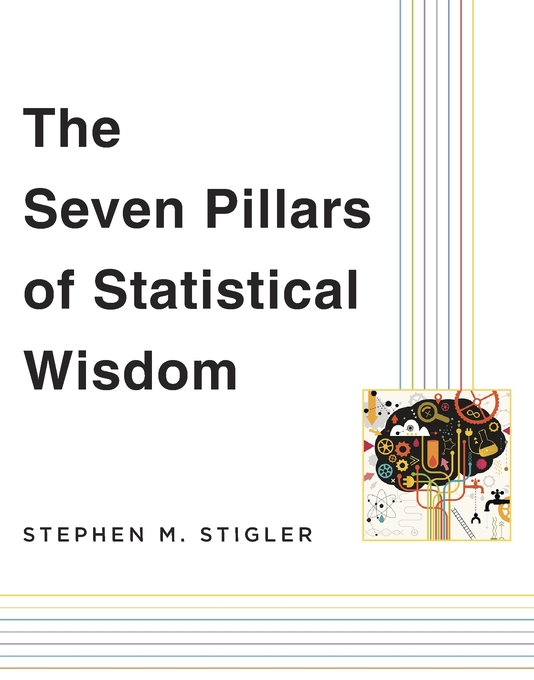 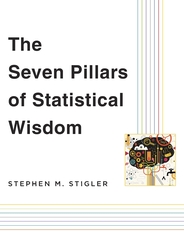 The Seven Pillars of Statistical Wisdom

What gives statistics its unity as a science? Stephen Stigler sets forth the seven foundational ideas of statistics—a scientific discipline related to but distinct from mathematics and computer science.

Even the most basic idea—aggregation, exemplified by averaging—is counterintuitive. It allows one to gain information by discarding information, namely, the individuality of the observations. Stigler’s second pillar, information measurement, challenges the importance of “big data” by noting that observations are not all equally important: the amount of information in a data set is often proportional to only the square root of the number of observations, not the absolute number. The third idea is likelihood, the calibration of inferences with the use of probability. Intercomparison is the principle that statistical comparisons do not need to be made with respect to an external standard. The fifth pillar is regression, both a paradox (tall parents on average produce shorter children; tall children on average have shorter parents) and the basis of inference, including Bayesian inference and causal reasoning. The sixth concept captures the importance of experimental design—for example, by recognizing the gains to be had from a combinatorial approach with rigorous randomization. The seventh idea is the residual: the notion that a complicated phenomenon can be simplified by subtracting the effect of known causes, leaving a residual phenomenon that can be explained more easily.

The Seven Pillars of Statistical Wisdom presents an original, unified account of statistical science that will fascinate the interested layperson and engage the professional statistician.