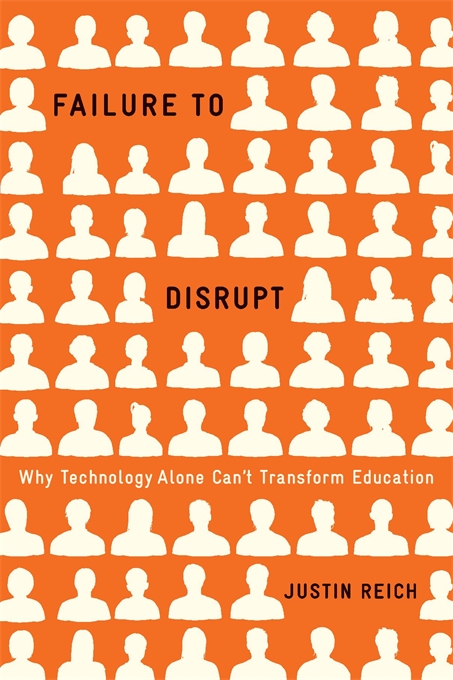 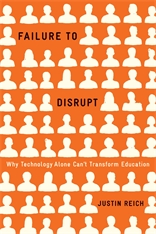 “A must-read for anyone with even a passing interest in the present and future of higher education.”—Tressie McMillan Cottom, author of Lower Ed

“I’m not sure if Reich is as famous outside of learning science and online education circles as he is inside. He should be…Reading and talking about Failure to Disrupt should be a prerequisite for any big institutional learning technology initiatives coming out of COVID-19.”—Inside Higher Ed

“The desire to educate students well using online tools and platforms is more pressing than ever. But as Justin Reich illustrates…many recent technologies that were expected to radically change schooling have instead been used in ways that perpetuate existing systems and their attendant inequalities.”—Science

Proponents of large-scale learning have boldly promised that technology can disrupt traditional approaches to schooling, radically accelerating learning and democratizing education. Much-publicized experiments, often underwritten by Silicon Valley entrepreneurs, have been launched at elite universities and in elementary schools in the poorest neighborhoods. Such was the excitement that, in 2012, the New York Times declared the “year of the MOOC.” Less than a decade later, that pronouncement seems premature.

In Failure to Disrupt: Why Technology Alone Can’t Transform Education, Justin Reich delivers a sobering report card on the latest supposedly transformative educational technologies. Reich takes readers on a tour of MOOCs, autograders, computerized “intelligent tutors,” and other educational technologies whose problems and paradoxes have bedeviled educators. Learning technologies—even those that are free to access—often provide the greatest benefit to affluent students and do little to combat growing inequality in education. And institutions and investors often favor programs that scale up quickly, but at the expense of true innovation. It turns out that technology cannot by itself disrupt education or provide shortcuts past the hard road of institutional change.

Technology does have a crucial role to play in the future of education, Reich concludes. We still need new teaching tools, and classroom experimentation should be encouraged. But successful reform efforts will focus on incremental improvements, not the next killer app.

Visit Justin Reich’s website for Failure to Disrupt, which features a schedule of speaking engagements and information about book club opportunities