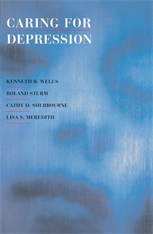 One of the major concerns about the changing U.S. health-care systems is whether they will improve or diminish the quality and cost-effectiveness of medical care. The shift from a fee-for-service to a prepaid method of reimbursement has greatly changed the incentives of patients to seek care as well as those of providers to supply it. This change poses a particular challenge for care of depressed patients, a vulnerable population that often does not advocate for its own care. This book documents the inefficiencies of our national systems—prepaid as well as fee-for-service—for treating depression and explores how they can be improved.

Although depression is a major illness affecting millions of people, it is seriously undertreated in the United States. The ongoing shift of mental-health care away from specialists and toward primary medical-care providers is causing fewer depressed patients to be appropriately diagnosed and treated. Depression is frequently more devastating than other major illnesses, such as arthritis and heart disease, because it often begins at a younger age, when people are at their productive peak and thus at risk of permanently damaging their careers. It also differs from many medical conditions in that its indirect costs are usually much higher than direct treatment costs.

The authors urge the integration of both medical and economic considerations in designing policies for the treatment of depression. They show that by spending more money efficiently on care, the nation will gain greater health improvements per dollar invested and a more productive population.