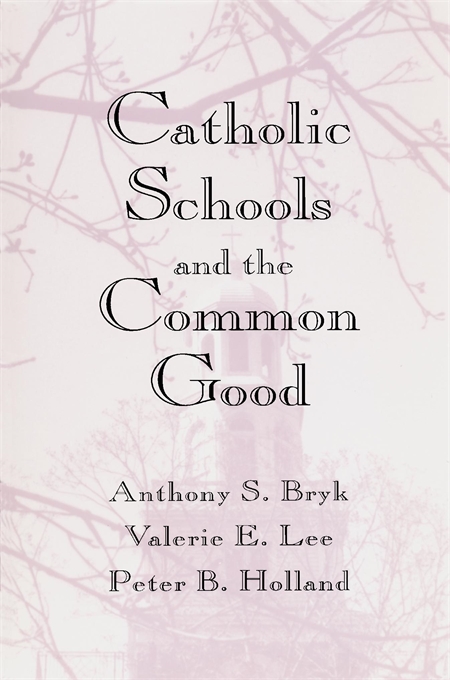 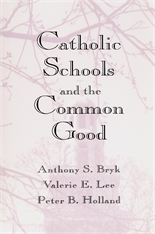 Catholic Schools and the Common Good

“Like the schools they write about, the authors of this important book combine scholarship with a mission. The scholarship in this book is a rare blend of case study, number crunching and rumination in social and intellectual history.”—Joseph P. McDonald, The New York Times Book Review

“The central argument of this clearly written, superbly researched effort is that [American] public high schools need to mimic their Catholic counterparts. Catholic high schools, according to the authors, ‘manage simultaneously to achieve relatively high levels of student learning, distribute this learning more equitably with regard to race and class than in the public sector, and sustain high levels of teachers commitment and student engagement.’”—John T. McGreevy, Commonweal

“A richly detailed, and documented study… Besides being the best group portrait of today’s U.S. Catholic high schools, this is also a formidable testimonial to the virtues and accomplishments of those schools.”—John W. Donohue, America

“A superb study that enhances our understanding not only of Catholic schools but of schools generally.”—James E. Rosenbaum, Contemporary Sociology

“This comprehensive analysis of the effects of Catholic schools, especially on low-income children, concluded that ‘Catholic schools function as a public resource.’ Catholic schools are able to accomplish this essential task in all communities because, among many important factors, they introduce a spiritual dimension to the student’s education.”—Mike McCormick, Dayton News

“[An] exemplary book… Catholic Schools and the Common Good provides intensive analysis of the distinctive character of Catholic schools… After reading the book, one is not only convinced that Catholic schools have advantages for academic achievement—especially for low-income and minority youth—but one understands the mechanisms through which these advantages accrue.”—Adam Gamoran, Teachers College Record