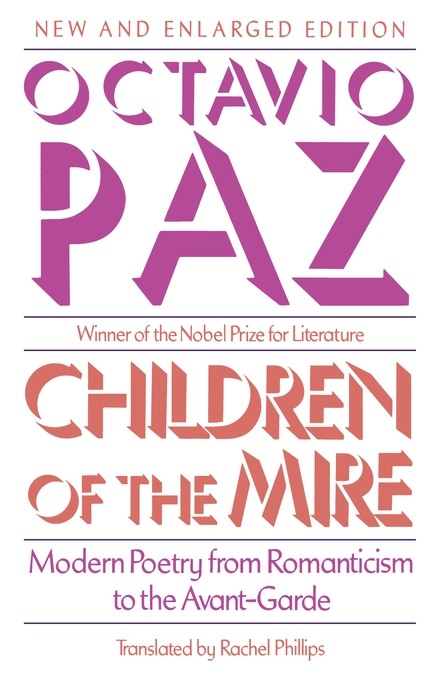 Children of the Mire

Modern Poetry from Romanticism to the Avant-Garde, New and Enlarged Edition

Octavio Paz launches a far-ranging excursion into the “incestuous and tempestuous” relations between modern poetry and the modern epoch. From the perspective of a Spanish-American and a poet, he explores the opposite meanings that the word “modern” has held for poets and philosophers, artists, and scientists. Tracing the beginnings of the modern poetry movement to the pre-Romantics, Paz outlines its course as a contradictory dialogue between the poetry of the Romance and Germanic languages. He discusses at length the unique character of Anglo-American “modernism” within the avant-garde movement, and especially vis-à-vis French and Spanish-American poetry. Finally he offers a critique of our era’s attitude toward the concept of time, affirming that we are at the “twilight of the idea of the future.” He proposes that we are living at the end of the avant-garde, the end of that vision of the world and of art born with the first Romantics.